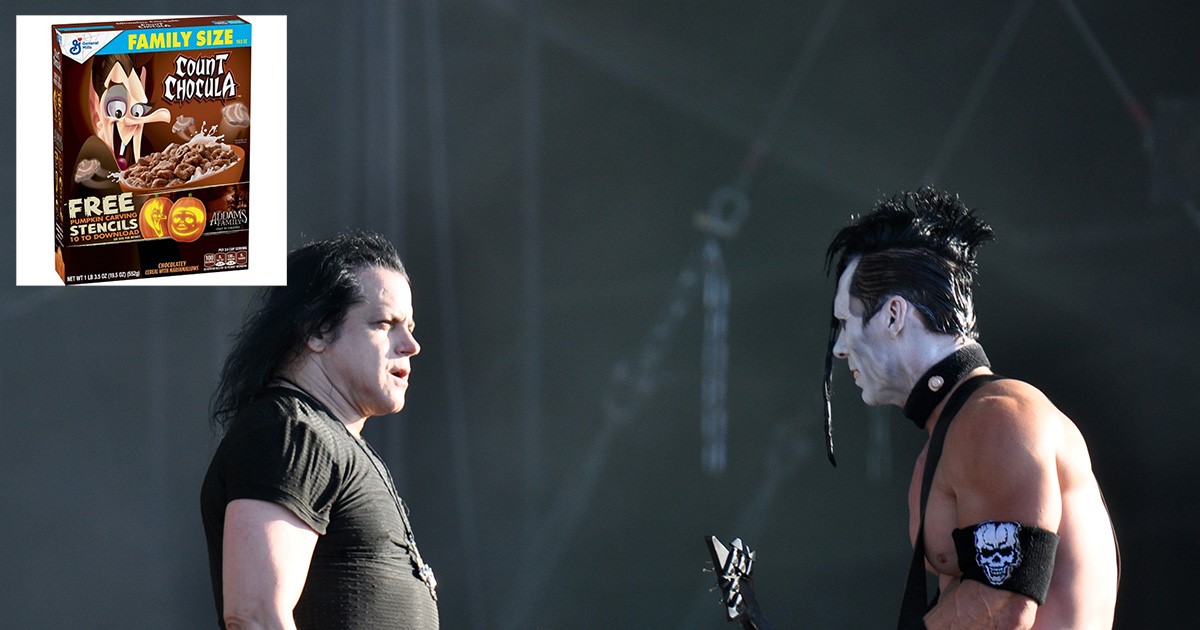 NEW YORK —The Misfits updated their show rider yesterday, demanding the marshmallows in their Count Chocula cereal be separated from the rest of the food served to them throughout their highly anticipated reunion tour.

“The sugar from the marshmallows hurts my sensitive teeth,” frontman Glenn Danzig noted. “But I’ve eaten Count Chocula every night for dinner since I started this band, and I’m not going to stop now… or go start going to the dentist either. I’ve gotten to a point in my career where I’ve earned the right to have those doggone marshmallows weeded out for me.”

“I also like the puzzles on the back of the box,” Danzig added. “One day, I hope to actually solve one.”

Madison Square Garden interns were tasked with extracting the marshmallows from each box of cereal for the legendary horror punk band’s New York show.

“Every time a reunited punk band comes through here, we get ludicrous requests like this,” intern Halie Camberstein said. “Honestly, I didn’t really mind this one — it was just a little creepy that Jerry Only peered over my shoulder the whole time. Turns out, Jerry likes to save the marshmallows for last, but doesn’t want them getting soggy from sitting in the milk, so he has them staged separately.”

Music historians have long noted a direct relationship between a band’s popularity and their outrageous rider demands.

“We’re seeing a lot more of this activity with the rise of veteran punk bands launching reunion tours,” music documentarian Gabrielle Traudestar said. “Young punk bands start out hungry and just want to play, but as soon as they taste stardom, their demands become increasingly more absurd. Look at the Dropkick Murphys: they used to be an up-and-coming Celtic punk band that would play for free Guinness. And now? They won’t even set up their instruments until someone removes all red balloon marshmallows from their bowls of Lucky Charms. Punks are oddly particular about their cereal preferences.”

At press time, the Misfits had reportedly trashed a backstage green room in frustration after the venue accidentally provided them with Boo Berry cereal instead.