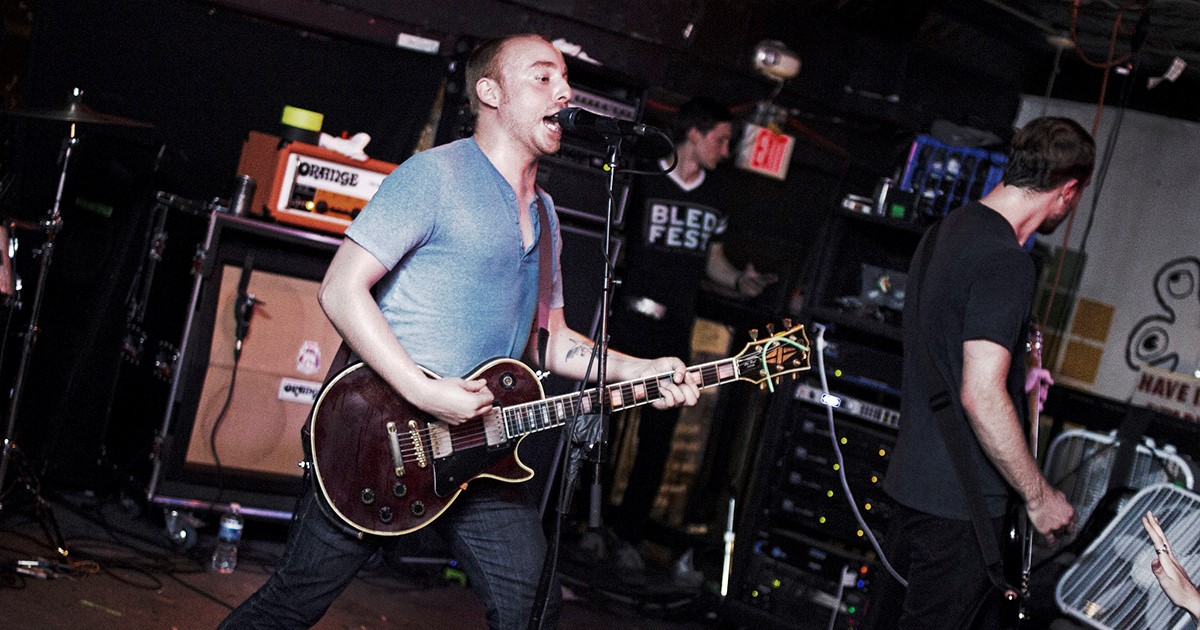 PHILADELPHIA — Pennsylvania punk act The Menzingers are reportedly hard at work on a new song after seeing their close friend Josie Glynn smoke a cigarette on a porch stoop in South Philadelphia on Friday night, excited sources confirmed.

“We were outside after a show… and out of nowhere, Josie just lit up a cigarette,” said Scotty Bell, the band’s tour manager. “Greg [Barnett] and Tom [May] both just sat there staring at her for a minute, then looked at one another and ran and grabbed their guitars from the van. It’s like, they just knew.”

“I was flabbergasted,” claimed Glynn, who did not expect such a strong response to her smoking. “But if I’m being honest, I was sort of hoping this would happen. I don’t even smoke cigarettes — I’ve been trying everything to get these guys to mention me in a song for years. I keep inviting them to the lake, and pointing out how wrinkled my grandmother’s hands are, but I got nowhere. This was a hail mary, and it worked.”

The band allegedly spent half an hour to settle on the lines, “We sat on the stoop with Josie and Brett / they smoked the last of their cigarettes.” Reports show the initial lyrics also made reference to Blackbird Pizza, Mount Moriah Cemetery, The Tasty, and the greased telephone poles from the Eagles’ Super Bowl victory.

For their part, witnesses were thrilled to overhear the song’s creation.

“Dude, it was insane,” said longtime fan Mark Meyer. “It was like nothing I’d seen before. I knew the guys were talented songwriters, but I had no idea they could take something in a current moment and make such a catchy tune — I always figured they wrote songs by hopping in an old pickup truck and driving through the small town they grew up in.”

The Menzingers were unavailable for comment, however, as they just began writing a new EP after seeing a friend order coffee at a diner while alone.