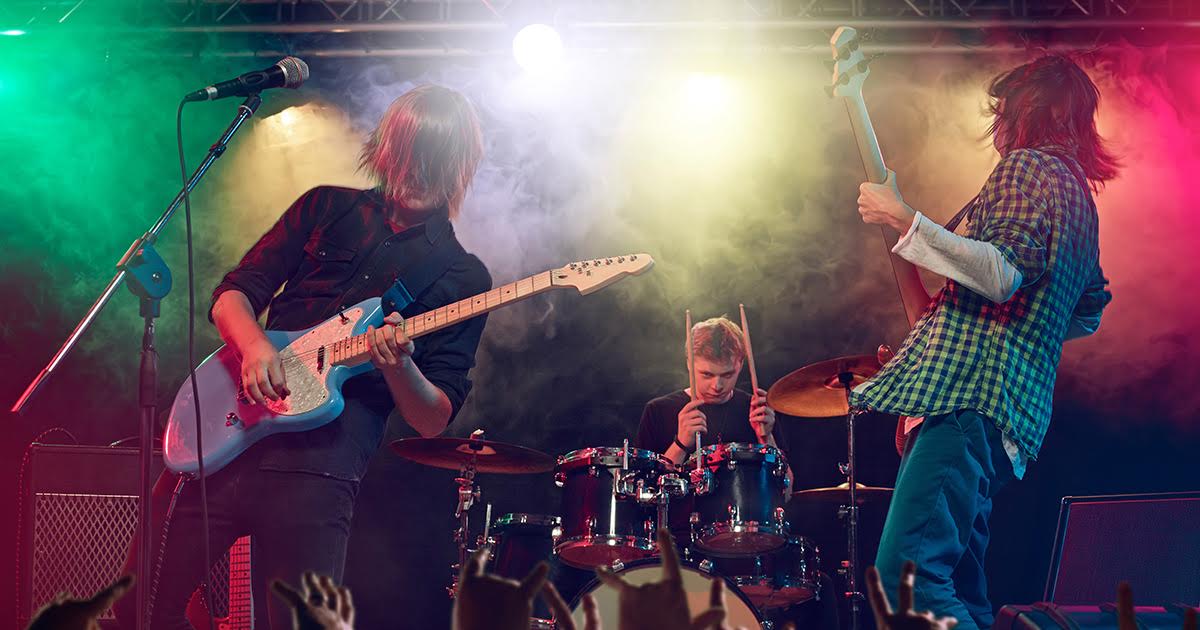 “At one point they were in 11/8; at another, 7/8. I’m pretty sure on that solo, he was somewhere at, like, 5/4 or something. I honestly couldn’t keep up,” said showgoer Bill Ilbani. “It was like his hands were stuck in a tornado centralized entirely on his fretboard. I looked around and could totally tell other people didn’t really get it.”

Several friends and coworkers allegedly listened intently to every note, while regular patrons ranged from “somewhat bored” to “intensely bothered.”

“I’ve never played guitar before, but I’m pretty sure I can do whatever that guy did,” said audience member Clem Holcomb. “I guess it was supposed to be like the guitar is all ‘beepy boopy,’ right? It’s, like… art school video game soundtracks or something. At one point he just started hitting his guitar strings with a lemon until it was fully juiced.”

“I can safely say I have never seen anything like that in my life,” countered longtime friend Debbie Williams. “Steve played so much faster than everyone else in the band — it’s like they couldn’t even keep up with him. He should try going solo.”

Drummer Todd Flack, who recruited Sanchez to be in the band after meeting him at Guitar Center and assuming he knew what he was doing because of his form-fitting denim jacket and strange hair, admitted privately that he was disappointed with Sanchez’s performance. Not all of his bandmates were as forgiving, however.

“I don’t know where the fuck Todd found this guy, but he was just off doing his own fucking thing that whole set,” said bassist Kella Carlisle. “He was facing off backstage during the interlude, but I could see he was plucking his strings with a lit candle for some reason. I still couldn’t tell if he was pulling some avant-garde improvisational bullshit, or if he literally doesn’t know how to play guitar.”

At press time, Sanchez was unavailable for comment as he was being treated for the severe lacerations and burns his hands sustained during the performance.