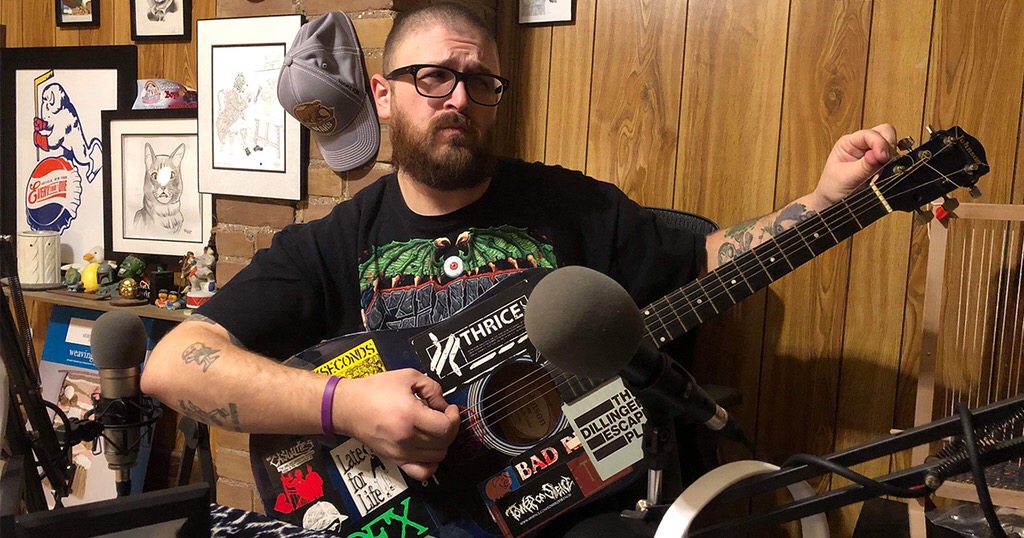 “I hit the A string and let it resonate for a minute and realized I was onto something,” Shelby said. “I opened GarageBand and started recording while playing a single note and just messed with the peg a bit. Before I knew it, I recorded an entire series worth of music, and I was still only half-tuned.”

True crime podcasts all over America have already contacted Shelby in the hopes of having him score their soundtrack.

“They way he just lets every note hang there for an unnecessary amount of time, it’s like he really stumbled upon the perfect combination of tedium and dissonance. I knew it would be perfect for when we talk about the Cairns child killings,” said Amber Yates, host of the podcast “Bloody Good Time.” “Since ‘Serial’ came out in 2014, producers found that listeners really enjoy the banality of a single guitar note bookending the horrific, detailed description of murder. That out-of-tune G is going to be great when we cut to our Casper mattress commercial.”

While Shelby’s work is being celebrated by the true crime podcasting community, with his work slated to appear on the podcasts “Knives To Meet You,” “Slice of Life,” and “Cleaves & Thank You,” some contend that the “genius” scoring is nothing more than a coincidence.

“I spend hours, sometimes days, composing pieces,” veteran podcast composer since 2018 Irene Jasso said. “It may sound just like a random concoction of notes, but there’s an art to it — like when a small town cop said something suspicious, Shelby plays an off-key C-sharp, which is just nonsense. You want to fade in maybe 15 seconds of a playing a D, then an E. God, I remember when this genre used to mean something.”

In light of his success, Shelby will next score an independent film while simultaneously doing Logic Pro tutorials.