Man Time Travels to September 10, 2001 to Warn Everyone that Weezer Sucks Now 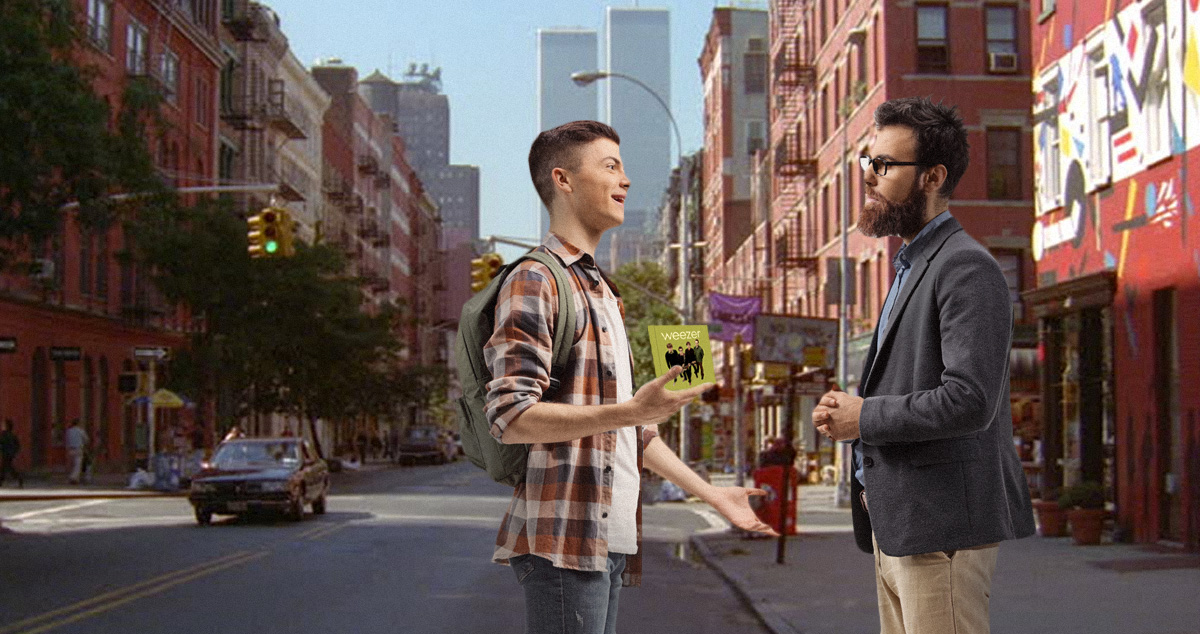 “I’ve spent nearly 10 years developing my time machine for the sole purpose of preventing the impending disaster that is Raditude,” Tankowitz told security from just underneath the window of a live taping of TRL. “I knew it worked when I arrived in Times Square and saw an advertisement for the Green Album in a window. Please, you have to let me upstairs to talk to Carson Daly so I can warn everyone. This all starts with a song about Beverly Hills, and trust me, it’s all downhill from there.”

Dr. Tankowitz was arrested 20 minutes after police received multiple reports that a man in a lab coat was yelling at teen girls outside of MTV studios.

“Ranting lunatics are pretty commonplace in this town, so I wouldn’t put any faith into what he’s saying,” said arresting officer Jim Esposito. “I mean, come on: a time traveler, claiming that Weezer will become a sophomoric caricature of their former selves? No way is this guy for real. Rivers and the boys are always going to rock.”

Despite assurances from the police that there was no cause for alarm, some witnesses admitted they found Tankowitz’s words somewhat unnerving.

“He was going on about how Weezer would devolve into writing uninspired synth arrangements, juvenile lyrics, hokey talk-rapping, and chasing popular trends well below their demographic,” said TRL fan Megan Jacobiski, who was verbally accosted by Tankowitz. “But once he said that they were eventually going to record a watered down cover of Toto’s ‘Africa’ as a response to some running joke, I knew he was full of shit. What’s next, the Red Sox winning the World Series?”

Despite his claims, Tankowitz was eventually deemed harmless by NYPD and released on his own recognizance. At press time, records show he was typing coordinates into a metal box for February 25, 1993, claiming that if no one was going to listen to him, he could at least try to kill James Hetfield to prevent Metallica from making any more records.