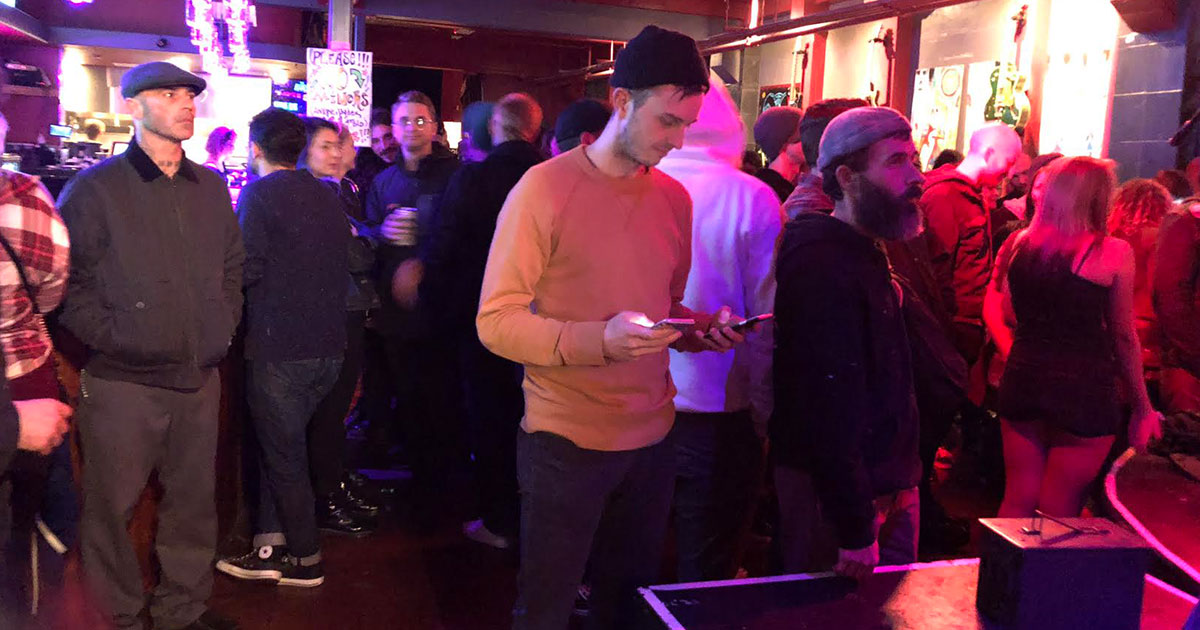 LANCASTER, Pa. — Local man Jeremy Young brazenly ignored the opening band at a show last night at Club Aurora by looking at not one, but two cell phones during their set, shocked onlookers confirmed.

“He was standing right up front. At first, he was only looking at one phone, and I thought, ‘Kind of rude,’ but not totally out of line in the grand scheme of things,” said witness Penny Hicks. “But then I noticed he wasn’t even texting — he was just scrolling through Tinder. Once the band announced they were going to play a new one, he audibly sighed… and then took out another fucking phone.”

Witnesses report Young aimlessly thumbed through r/gifs on Reddit on his second phone.

“I have to admit, I was instantly jealous I didn’t think to bring another phone with me,” said show attendee Will Reisfelt. “I’m sitting there like a goon, switching between apps through a 15 minute set, and then I see the guy to my left double-fisting phones, off in his own world. It was like there wasn’t even a band right in front of him, trying their best to win over the crowd.”

At one point, Young lowered the phones, much to the relief of those around him. Seconds later, however, he lifted them up once again, now set to full brightness.

Behavioral psychologist Wendy Neubauer claimed actions like these will only become more commonplace as the need for connectivity and ability to quell boredom advances.

“10 years ago, having one phone that just sent text messages was enough for most people to stay occupied during a lame band, but times have changed drastically,” said Neubauer, glancing up from an iPad Pro. “There’s so much more to do online now, and most people don’t have enough time to do it with just one single device. Some studies suggest that by 2030, people will be looking at six phones or more during an opening band.”

At press time, Young was still operating his two phones, and had hooked up an Xbox One to the bar’s television to play Destiny 2 online during the headlining band.