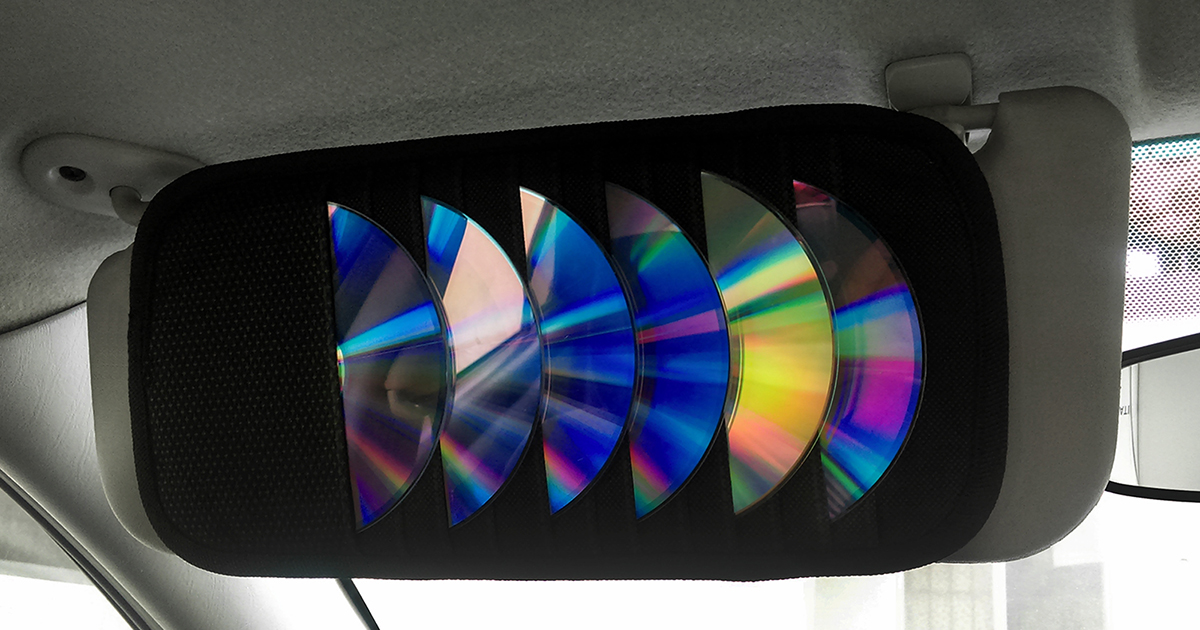 CINCINNATI — Local music enthusiast David Grabow keeps a sleeve of CDs in his car on his driver’s side sun-visor “just in case,” despite having not purchased a CD since TV on the Radio’s 2006 album Return to Cookie Mountain, sources close to Grabow confirm.

“You just don’t know what might happen. It’s important to be prepared for any situation,” Grabow explained. “I might be in a dead zone without any 4G, and then my old iPod might die without any decent alternative rock radio stations in the area. What am I supposed to do? Sit in silence? I don’t think so.”

Passengers in Grabow’s 2008 Toyota Corolla are often confused by Grabow’s in-car relics. His 13-year-old niece Jeanette Rhinelan claimed he keeps a stack of video games in his car, whereas longtime friend Sara Shelby questioned when Grabow last listened to his burned copy of Fountains of Wayne’s Welcome Interstate Managers.

“He still has my copy of The Chemical Brothers’ Surrender that we listened to on the way to a rave in 1999. What possible use could he have for that?” Shelby said. “Not to mention he hasn’t ejected Gorillaz’ Demon Days from the player since the day he bought the car 10 years ago.”

Despite not realizing Arcade Fire’s Funeral, his supposed “favorite album of the ’00s,” fell under his seat while doing donuts in the parking lot of a Big Boy Restaurant in December 2013, Grabow still claims to need the CDs.

“You don’t see me throwing out my jumper cables just because my car started today,” Grabow defended. “This could come down to a matter of survival. You will never know when I’ll have to hear the CD-R my ex-girlfriend burned for me — that thing has songs from the ‘RENT’ soundtrack and David Gray’s ‘Sail Away’ on it.”

For their part, friends have reportedly given up trying to get Grabow to remove the CD sleeve from the car, instead trying to convince him that the full, 200-CD binder case he keeps on his coffee table should be given to Goodwill.