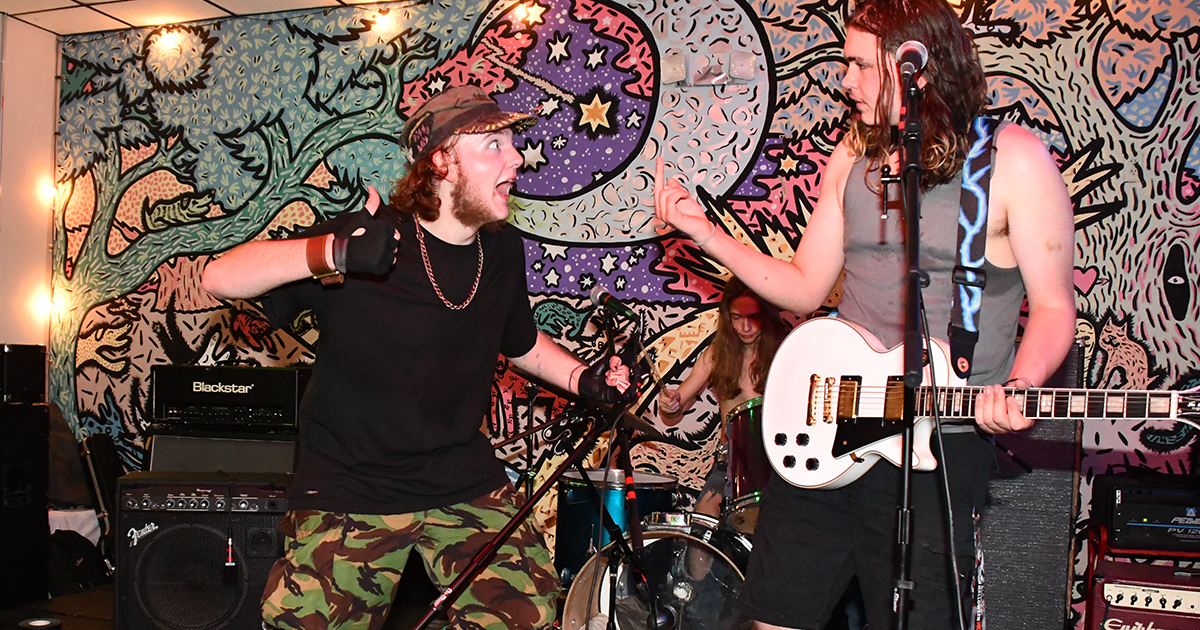 VENTURA, Calif. — 30-year-old Magnus Hahn made last night’s show all about him after picking up the Faulty Mechanics singer’s knocked over mic stand in the middle of the set.

“I was just doing what anyone would do in that situation,” shared a beaming Hahn as he looked off into the distance recalling the memory. “What a rush. As soon as I heard the intro to ‘Nuts and Bolts,’ I knew the mic stand was going to be threatened, and had no choice but to brave my way through the windmill kicks for the rescue. Once it was safely in my hands, I looked around and saw that most people were smiling. It’s kind of embarrassing getting that much attention, that’s not why I do it, but clearly they witnessed the sacrifice I had made.”

Faulty Mechanics singer Jay Mandegary does not recall the situation at all.

“I was trying to move my gear so the next band could get set up, and some guy kept appearing next to me, nodding and saying ‘No problem, man. We gotta work together to keep the scene safe,’” he said. “I thought he was the dude who picked up the girl who broke her nose in the middle of our set, but apparently that guy left to accompany her to the hospital. Maybe he’s the dude who’s house we crashed at. I have no idea.”

Hahn’s girlfriend Claire Groverton confirmed that this isn’t the first time Hahn was left with a disproportionate amount of pride over what is ultimately nothing.

“Last week we were at Starbucks and the lady in front of us was short a quarter. After rummaging through my coin purse, he handed the barista the needed change, and then asked the lady if she wanted a picture with him to remember the moment,” she recalled. “He kept referring to the band as ‘the guys’ for the rest of the night, and still keeps finding ways to drop hints that I didn’t capture any footage of his ‘big save.’ I’d break up with him now but his birthday is in two weeks so I’ll just feel like a dick unless I wait.”

At press time, Hahn has been spotted at multiple shows setting traffic cones around the PA speakers even though no one asked him to.