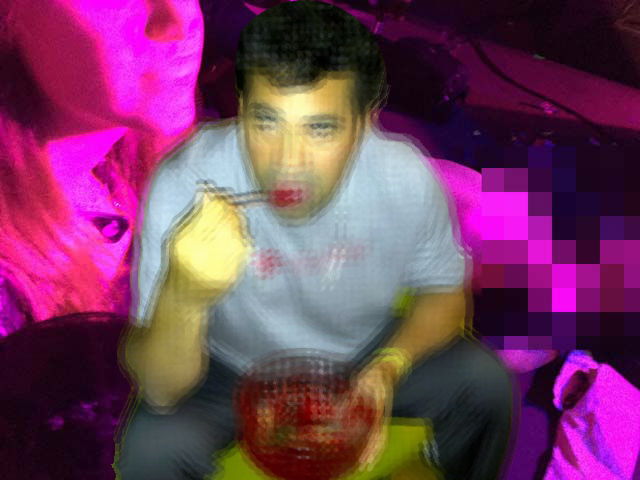 SOLONA BEACH, Calif. — Social media outlets lit up last night after pictures surfaced of a man in a Dead Kennedys shirt brazenly eating Jello onstage at a Pussy Riot show. The man pictured, Fred Couch, said, despite the backlash, he doesn’t regret his decision to eat the slimy, pungent substance in front of hundreds of audience members.

“Yeah, sure, it’s a little sticky, but I like the taste,” Couch said. “I like the green stuff the most. The red kind is more of an acquired taste, but I’ll eat that from time to time as well.”

At no point did security attempt to stop the man from the blatant consumption of the popular party snack, upsetting some of the more conservative concert-goers.

“If Jello isn’t on stage then what’s the fucking point?,” the Russian art collective said through a horribly performed song in front of some Russian monument and a few dozen international journalists.

Article by The Hard Times Staff. Photo by Jason Mazzola.