Male-Fronted Hardcore Band Proves That Guys Can Rock, Too 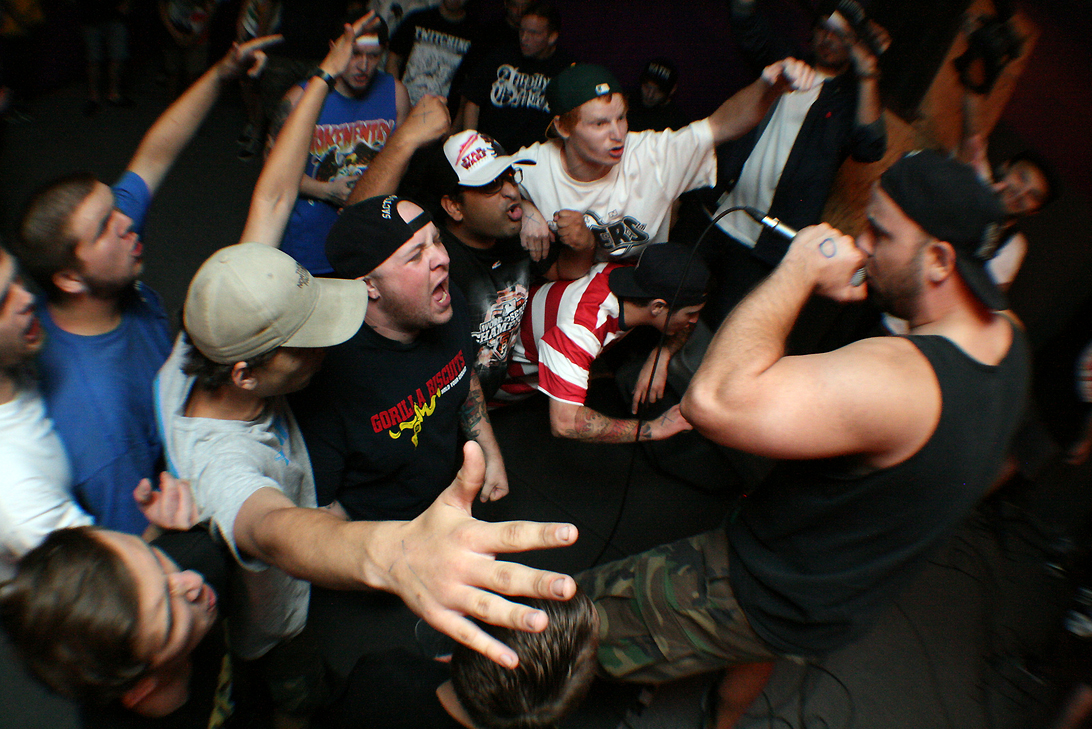 BALTIMORE — Suffrage, a new all-male hardcore band, is a group of radical-minded men intent on proving once and for all that guys can rock, too.

“Suffrage plays fast, loud and aggressive which is not something you might expect from a bunch of dudes,” said guitarist “Nasty” Nate Garcia. “We don’t care how many times we get stopped at the door of the venue and asked if we are dating one of the girls in the bands; we are here to shake things up in a scene that has historically been a girls’ club.

Members of the masculine band are unapologetic when it comes to showing off their bodies on stage.

“If I get all hot and sweaty on stage you better believe I’m going to take off my shirt, and if you don’t like that, well, get used to it,” said frontman “Big” Tim Ramsey proudly sporting lengthy armpit hair for the whole world to see. “I don’t wear sleeveless shirts for you; I wear sleeveless shirts for me, so if you can’t handle a full-bodied man in a position of power, then don’t come to the shows.”

Brian Worrick is a huge supporter of the band and has followed Suffrage from the beginning.

“Discovering this band was the push I needed to finally build up the courage to start making zines that focused on men in hardcore,” said Worrick. “Beef Boys, which has its third issue coming out as soon as I make the first and second issues, gives a spotlight and voice to underrepresented straight white males in the scene like me.”

“The vocalist is so good you can hardly tell he is a guy,” said a Tweet from @AmandaJames. “And look at the bassist in his cute little shorts. Uh yeah, #would.”

During a recent performance with six other all-male hardcore acts, Ramsey had a bold message for the crowd.

“You might not like the thought of men playing in hardcore bands, and it might be tough for you to wrap your little head around, but dudes are here to stay. Guys to the fucking front.”