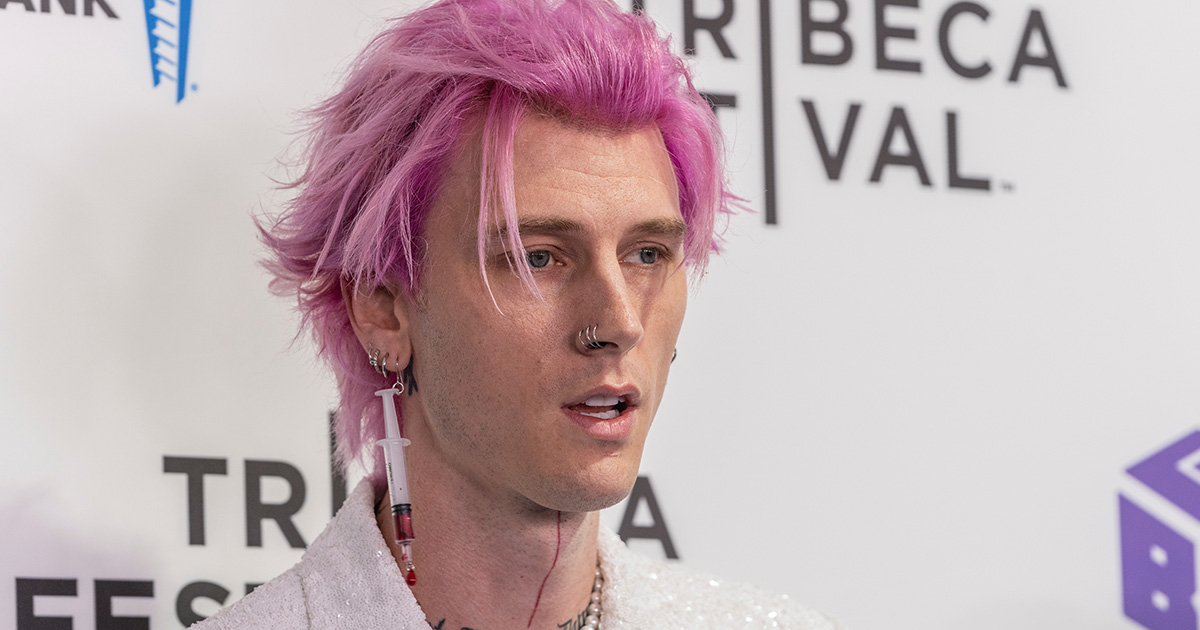 LOS ANGELES — Machine Gun Kelly threatened to once again butcher a beloved System of a Down song on national airwaves if federal officials did not meet his demands, confirmed law enforcement officials bracing for the worst.

“My first attempt at ‘Aerials’ was just a warning shot. At least I had a competent band backing me up. This time, my band will be made up of guys I picked up from Guitar Center on a Tuesday afternoon,” said Kelly while combining nearly empty bottles of pink Manic Panic hair dye. “Some of you might think you can tolerate another cover, but I’m gonna be scatting in between the normal vocal parts. It’ll be horrible. But this can all be prevented if my humble demands are met by midnight. I’m not playing around, and if there are any hero cops that try to stop me I’ll add ‘Wonderwall’ and ‘Zombie’ to my setlist. I have no problem destroying those songs forever.”

Veteran FBI terrorist negotiator Chris Powell is in charge of making sure the American public is not exposed to another Machine Gun Kelly cover.

“I’d rather have some psycho threatening to blanket downtown Los Angeles with mustard gas than deal with an out-of-control musician who thinks he successfully can blend genres,” said Powell while evacuating anyone within earshot. “The most difficult part of this whole ordeal is the fact that this madman put all his demands in the lyrics of a song that was given to us on a USB drive. All we have to do is listen to three minutes to get the drop zone coordinates, but so far we have only made it 30 seconds before shutting it off in disgust. The only person I know that might be able to listen to the whole thing is my dumbass nephew, so he’s heading here via helicopter as we speak.”

Music historian Amos Fleming says this is not the first time a pop artist has weaponized a terrible cover.

“Around 15 years ago, Hilary Duff covered ‘My Generation’ by The Who. It was a terrible rendition and got little airplay, but at a tour stop in Texas she held the crowd hostage and said she wouldn’t stop playing her version unless the US released certain prisoners from Guantanamo Bay,” said Fleming. “The federal government didn’t bend to her unhinged demands, and she played that damn cover for 16 hours straight. Over 400 people died.”

At press time, Machine Gun Kelly’s demands still had not been met, and he began warming up by posing in front of a mirror with his tongue out and throwing up devil horns