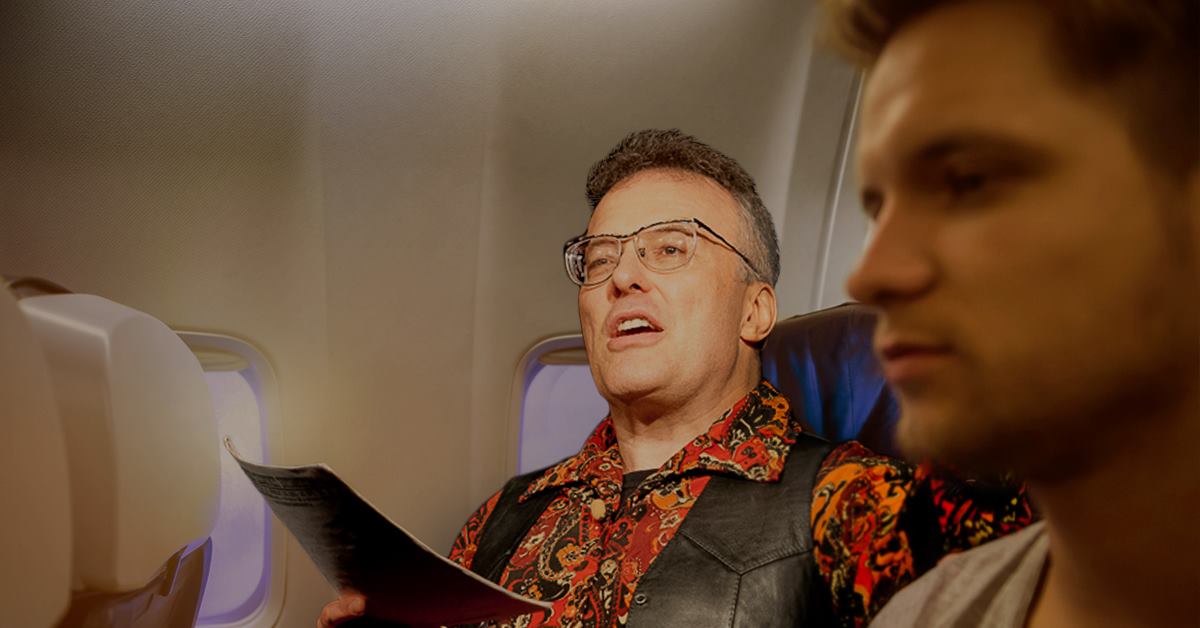 “When I went to sit down, he was in the window seat fogging up the glass and drawing crude animals,” claimed the exhausted Monahan who had no previous knowledge of the punk icon but has since learned Biafra’sopinions on topics ranging from government corruption to what constitutes “authentic New York pizza.” “I wanted to be polite and make small talk, so I asked [Biafra] where he was headed. He looked up and told me, ‘We’re all headed straight down the proverbial shit hole.’ And it just kind of went from there.”

“I asked him what his job was and he said, ‘I blow minds for a living.’ Later it came up that he was in a popular punk band or something?” added Monahan.

Like many on board the 11 p.m. flight, Monahan had purchased his ticket with the hope of sleeping for most of the five-hour journey, but was instead treated to an avalanche of Biafra’s wisdom, wry humor, and radical solutions.

“I kept trying to put my earbuds in and fall asleep, but I didn’t get the opportunity,” Monahan recalled. “He was on a roll about all the organizations keeping society in the dark: the TSA, NSA, CIA, PMRC, GOP — it was a long list. I almost fell asleep once, but he startled me awake by pulling an entire copy of The Washington Post out of his pocket to corroborate a point about minimum wage. He seems like a smart guy and I actually agreed with most of what he had to say. God, I’m so tired, though.”

As of press time, reports indicate that Biafra is preparing a special encore performance for one lucky airport cab driver.