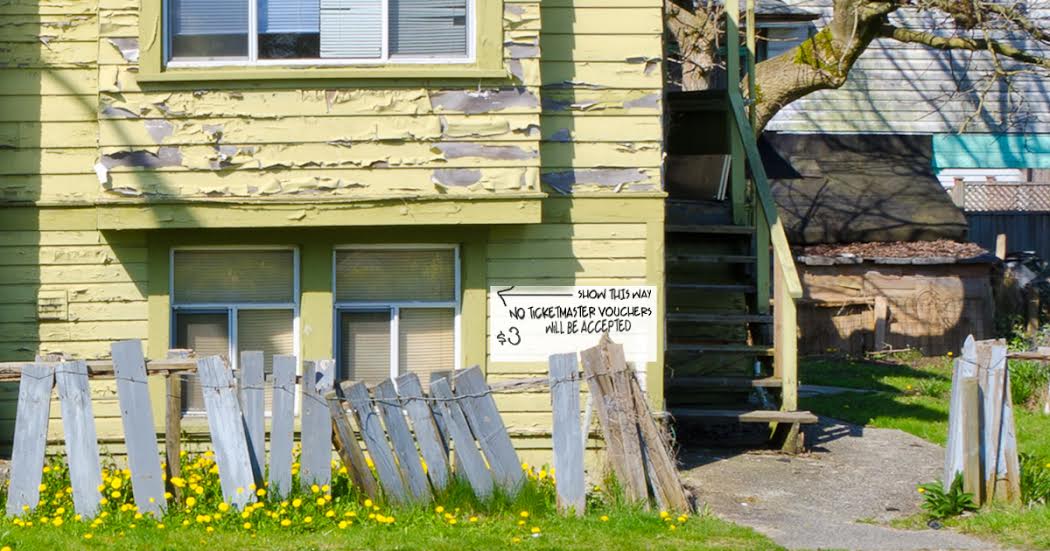 The Slime Pit surprised its dozens of loyal patrons recently by adding a new proscription to its famed “iron triad.” According to legend, the original house rules of “NO COPS. NO POSEURS. NO RASISTS (sic)” were spraypainted on plywood and mounted by founder Mikey Slime, possibly as early as August 2015. In apparent disregard for tradition, regulars report the addition of a fourth decree – “NO TICKETMASTER VOUCHERS.”

The vouchers, electronic credits deposited to Ticketmaster.com accounts in settlement of a class action alleging deceptive pricing, by their very nature can only be used on Ticketmaster events.

The Slime Pit is not currently a Ticketmaster-affiliated venue.

“You can’t be too safe,” argued Romano. “It would be just like TicketBastard to scam in on our action right when we’re breaking,” he said, counting change while misunderstanding the nature of a legal settlement.

At Thursday’s hardcore showcase featuring Sarin Gas Surprise, most attendees took the news in stride. “That rule makes no sense,” said SGS fan Sandy Smith. “How would it even work? They’re e-vouchers. At the Pit you just give Taco Steve three bucks and he marks your hand.”

But not all showgoers were unfazed. “What the hell do you mean I can’t use my voucher? I don’t have three bucks. What am I, made of money?” asked Jay Thomas, possessor of 16 vouchers after following Rancid cross-country at an average cost of $35 per ticket.

Thomas only became more agitated as Slime Pit volunteers explained that most of the “take,” the money earned, would be given to the touring band for gas. “This is an outrage!” he screamed, according to witnesses. “Now I see who the real capitalist pigs are. Talk about a class action! Who’s with me?”