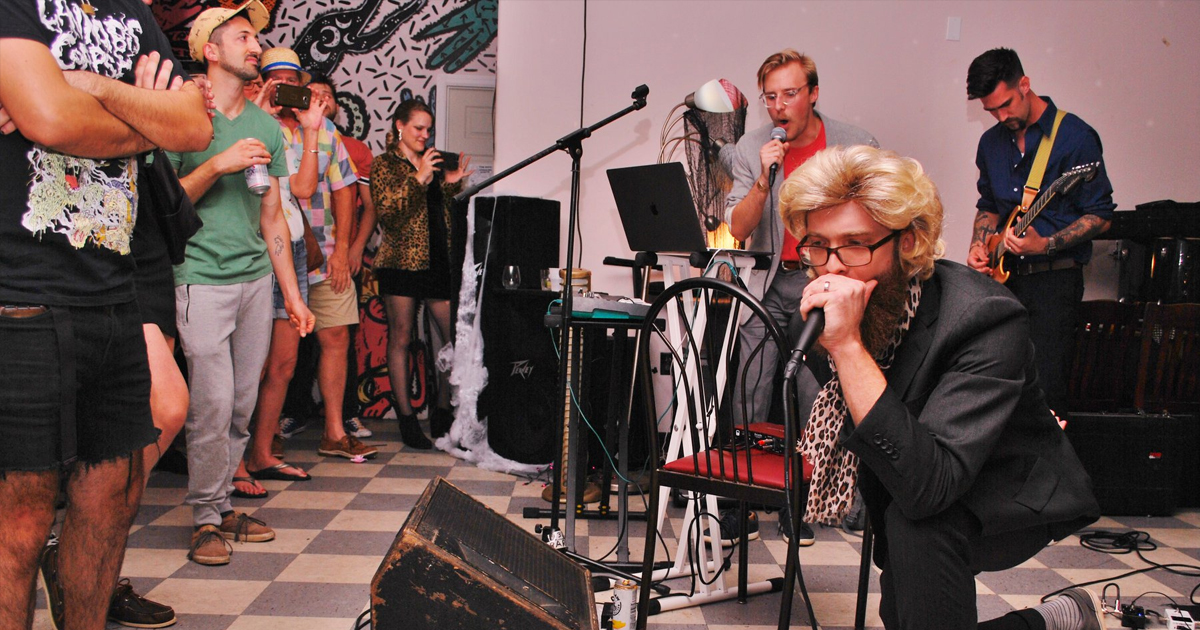 “It’s weird opening for Sleeping in Bushes, their bassist Mr. Glennon is my homeroom teacher and keeps telling me to ‘call him Kev,’” said Crooked Nose’s lead guitarist Buzz Hanlon. “I had heard they were pretty wild, but they seem to be on their best behavior. Mr. Glennon is even wearing his school lanyard. We have been hiding our beers and sneaking out for smokes so we don’t get lectured, but I know they are shotgunning beers in the hallway by the bathroom. We can hear them.”

Sleeping in Bushes explained the hard spot they were in. They have to set good examples as both teachers and scene veterans.

“Both our jobs and the scene are on the line here,” said Sleeping in Bushes guitarist, and Ferndale High School History teacher, Oliver Brown. “It’s a rule that you can’t drink or smoke in front of students, so we basically set up our own green room where we can get fucked up. We can’t confirm or laugh at any of our stories, but we don’t have to deny anything either. We have to set two opposite examples, at the same time. It’s funny there’re two age groups here, both partying, both aware of what the other group is doing, but both have to be discreet about it for it to be acceptable.”

Scene veteran Sheryl Oliver is responsible for putting the show together and has a close connection with each band.

“My nephew plays in Crooked Nose and I used to be engaged to the drummer of Sleeping in Bushes so it’s cool to bring these two worlds together. Most of the old heads have families or jobs getting them up early. The rest of us have a duty to pass down the hardcore culture of the 90s and early 2000s,” said Oliver. “We had our time in the limelight; running our DIY venues and throwing ignorant parties. I could tell stories all night, but it’s their turn now. These concerts are more of a passing of the proverbial torch to the next generation. We need to set an example until they are ready to take over the scene.”

At press time, Sleeping in Bushes were performing their second encore which mainly focused on the Pythagorean Theorem and various tips for college prep.