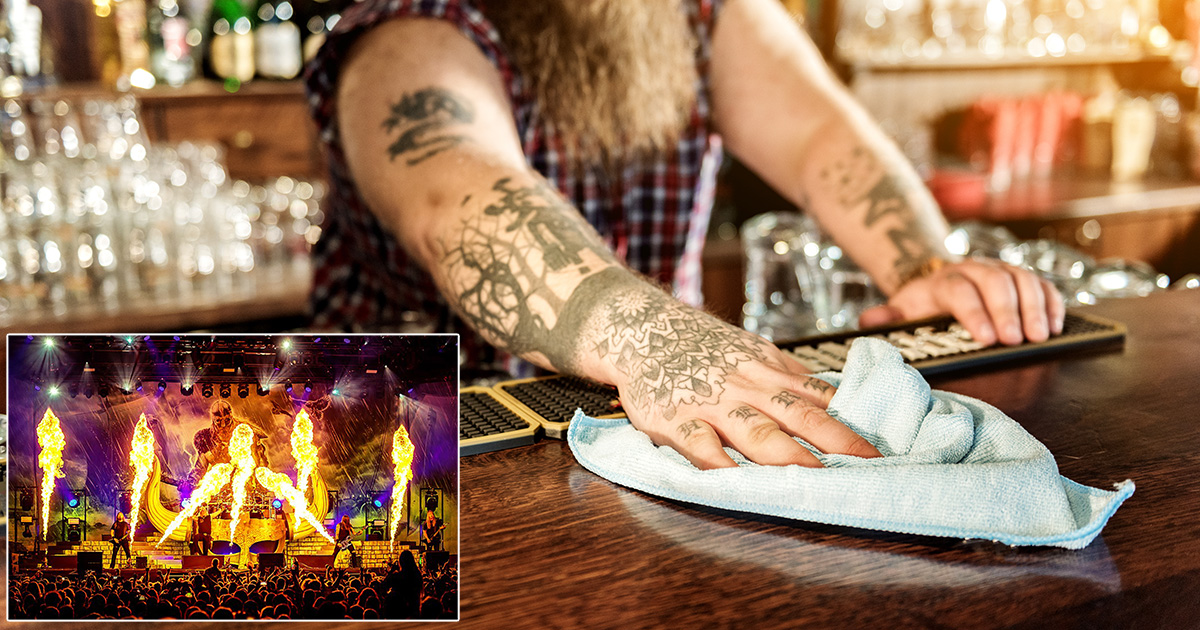 “Every single person requested today off, so I didn’t really have a choice,” said Gray. “The more I thought about it though, the more I knew I had no right asking anyone to work tonight. Hell, I’m certainly not going to miss this band whenever they come to town, so I don’t want to be a hypocrite towards my crew. Amon Amarth are epic live, the drummer plays on a massive viking helmet and the singer fights an inflatable sea monster during ‘Twilight of the Thunder God.’ I look forward to raising horns with my staff. Skol!”

The meadery’s closure has gotten attention and praise from local metalheads, as well as labor organizer Sasha West.

“This is a perfect example of the power of collective bargaining. Thanks to the actions of the meadery staff, the board game store down the street also closed so all of their staff could go to the show,” said West. “If more people would follow the example of these wanna-be viking weirdos, we could actually get a lot done. I’ve tried introducing myself to some of the mead-heads to get them to join our DSA working group, but they’re all busy LARPing this weekend.”

“We were really looking forward to going to Springs of Fangorn before soundcheck, so I’m a little bummed, but ultimately I think it’s great the whole team gets to come to our show,” said Hegg. “I wish they would have at least closed, like, an hour before doors though instead of the whole day. They’ve been hanging out outside our tour bus for eons and they’re piss drunk. I like mead, but I don’t know how you drink that much of it. My stomach hurts just thinking about it. I’m actually more of a hard seltzer guy.”

At press time, sources report that in addition to the board game store, the staff of the local taxidermy shop have walked out in order to attend tonight’s show as well.