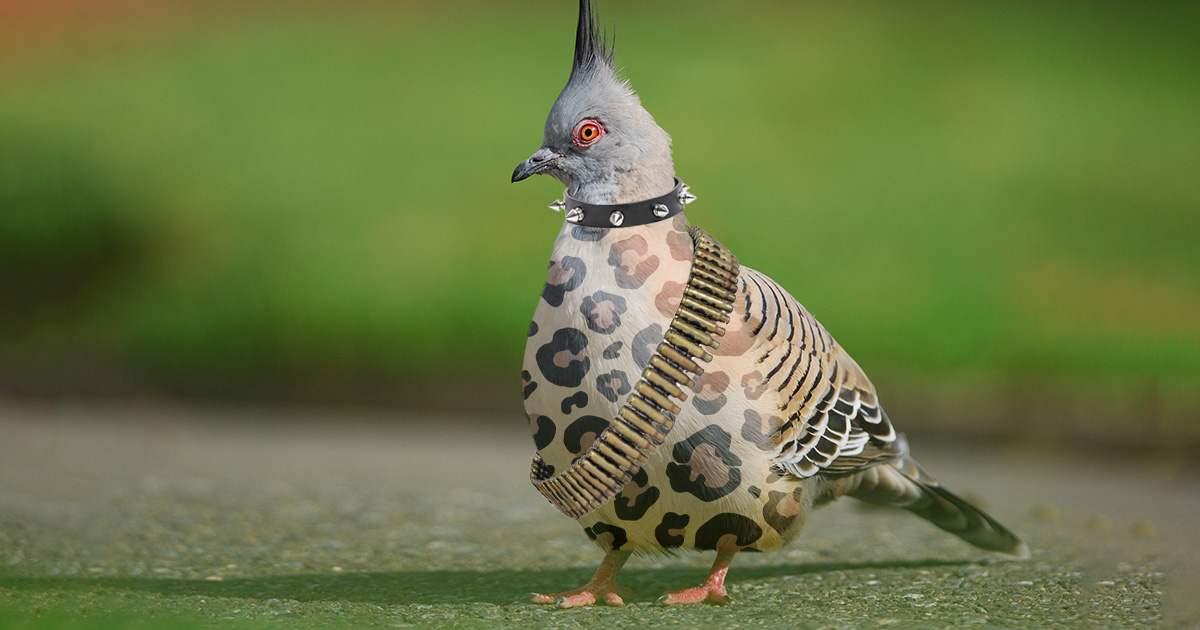 NEW YORK — The Lower East Side crust punk scene is gripped by debate over the credibility veteran scene icon Bradley “Lice” Skeever, who is in fact a pigeon, heavily face-tattooed sources confirmed.

“Man, it doesn’t matter whether Lice is a pigeon, human, rat, fish, or whatever. The dude is a total fucking legend — like the platonic ideal of a crust punk,” said fellow crust punk Tim “Toothless” Jones. “I met him outside a Dropdead show like, 20 years ago, and no matter how much this city changes, he’s always still the same. The guy truly gives no fucks: he never bathes, he travels around all the time, shits all over expensive cars, and eats food out of dumpsters or off the ground all the time.”

“I guess what I’m trying to say is, he’s perfect,” Jones concluded.

Others, however, felt the avian punk had some things to answer for to maintain his authenticity.

“Yeah… there’s a lot I don’t like about Bradley. Just last week I saw him accepting handouts in the park from old people, like some sort of charity case,” said detractor Nicholas Barnes. “He wasn’t even busking — he just sorta accepted bread from these old people; it was fucking weird. I also heard he sleeps in some luxury cage on top of a penthouse by Central Park. Plus, feathers? For real? No self-respecting punk would be caught dead in feathers. Get some leather or denim, you fucking poser.”

For his part, speaking through a translator, Skeever maintained that he has nothing to prove.

“The cooing, followed by the grooming of his feathers, means that anyone who thinks he’s anything but a real O.G. can go fuck themselves,” said Hank Smelker, Skeever’s longtime friend. “He says he was even born in a squat — or in a nest built on the side of one at least — and has lived his life on and above these streets. And you see how his shit is almost all white? That’s him trying to say he ate a lot of cheese off a discarded slice of pizza and his stomach is upset.”

At press time, Skeever was reported dead following a dispute over a discarded bag of Doritos with a crust punk dog named Toad.