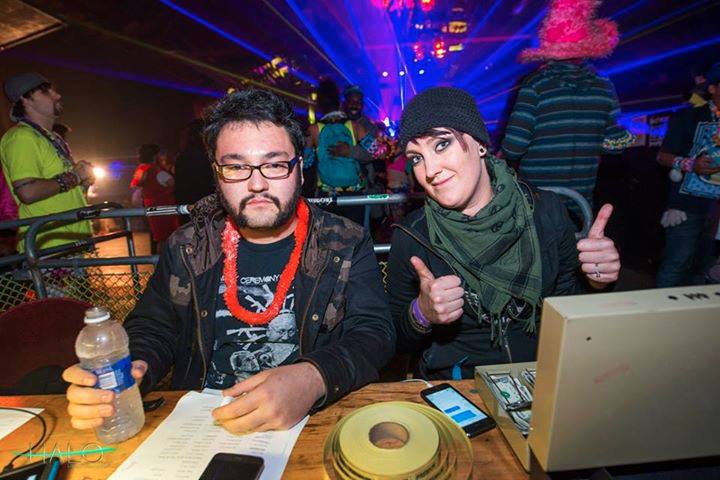 GAINESVILLE, Florida – Unencumbered by any logical thought process, local show promoter Matt Kimball came up with an idea for fixing a double-booked Saturday evening at the Gator Pit by triumphantly exclaiming,“Let’s just combine the two shows.”

Kimball who is the head coordinator for the Gator Collective continued, “I think combining the ClearlyxStraight show with the Zero Gravity Gang Bang show will end up being a good thing. Having six straight edge bands play with six porno-grind bands is healthy for the scene. This is definitely the way to go.”

Members of Truth and Brotherhood, who were originally scheduled to play the ClearlyxStraight show, expressed their concerns with the proposed combining of the shows.

“Kimball is a fucking idiot,” said front man “Straight” Ed. “I’ve been waiting all year to play with ClearlyxStraight. We worked really hard to get the right lineup together for this night, I don’t wanna play with fucking Rectal Repulsion.”

Those excited to see Zero Gravity Gang Bang also expressed hesitation, “Straight edgers are lame, there will probably be a lot of fights if this show actually happens,” said ZGGB superfan “Mush.”

Kimball, who is responsible for the double booking of the venue, doesn’t seem phased by the backlash to the idea of combining the shows, “At the end of the day doesn’t everyone just wanna hear some good music and rock out? Who cares about stupid little differences like the fact that ClearlyxStraight doesn’t drink and ZGGB have a song about shooting speed into their dicks and fucking all night? The Gator Pit is for everyone, and everyone will be happy at the end of the night.”

ClearlyxStraight bass player and tour manager Tom Mendez told The Hard Times, “Nah, fuck that shit. “Straight” Ed said we could probably play his garage instead, so we’re gonna do that. The guy at the Gator Pit seems like a moron.”