Lemmy Impersonator Dead After Three Weeks on the Job 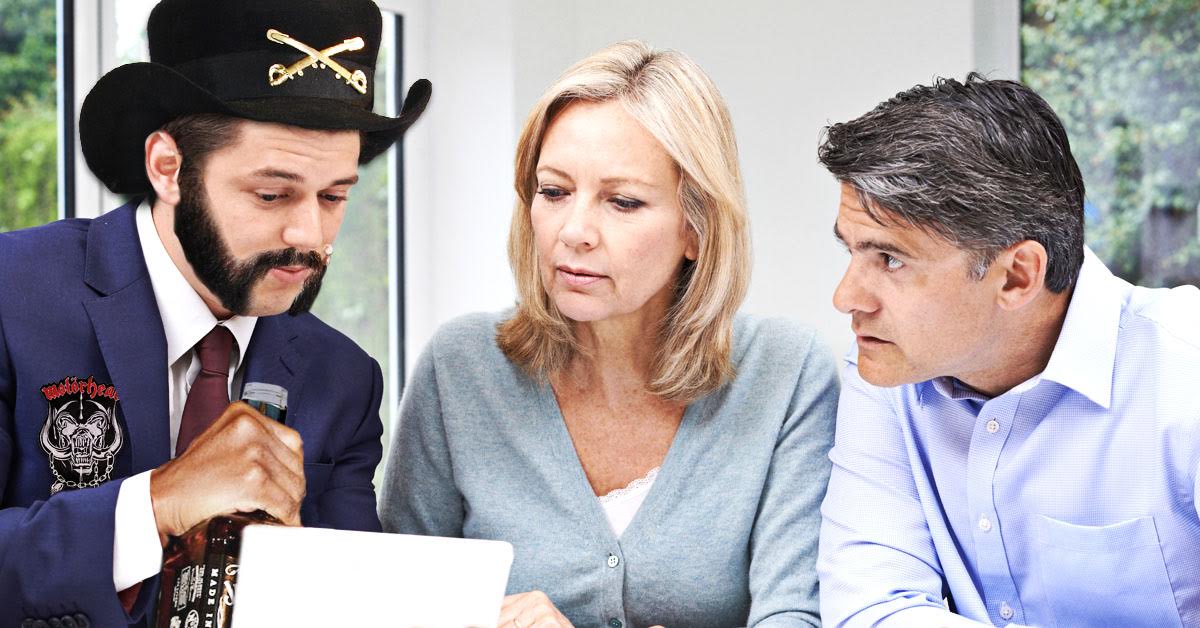 Bandmates Brian Tyler and Michael “The Hammer” Hughes discovered Ian Clarke, 29, after he didn’t show up to their weekly practice.

“He basically became Lemmy overnight,” said a teary-eyed Tyler. “At first, it fuckin’ rocked, you know? Every bar in town wanted to book us. The chicks really dug it. His prosthetic mole even passed as the real thing.”

Hughes checked himself into a rehabilitation center immediately following the untimely death of his bandmate.

“It was overkill trying to keep up with him and the speed,” Hughes said. “I’d try to calm him down with shots of bourbon, but he’d just counter it with more speed. He’d grumble something like, ‘C’mon man, this isn’t fucking Hawkwind!’ By the end, I was doing lines every other song just to keep up.”

Hughes claimed Clarke initially consumed several grams of amphetamine daily along with a half-gallon of Jack Daniels, which he later switched to vodka and orange juice. “After two weeks, he could barely stand up without railing a line,” Hughes said. “How the fuck did Lemmy live so long? What a legend. Ian couldn’t even do it a full month, and he was basically a part-timer.”

Clarke leaves behind a young daughter, along with a widow, Ronda Wilkins, who maintained he was a supportive husband and father even when binging on uppers and liquor. “It wasn’t an issue at home,” she said. “If he was too hammered to pick up Clara from preschool, he’d just blast a few bumps and be right back to father of the year.”

For their part, Speed Freak announced they will continue, playing only dry venues under the Söberhead moniker. Early reception has been poor, however, as the audience for 50-year-old men playing half-speed Motörhead songs at all-ages shows is quite small.