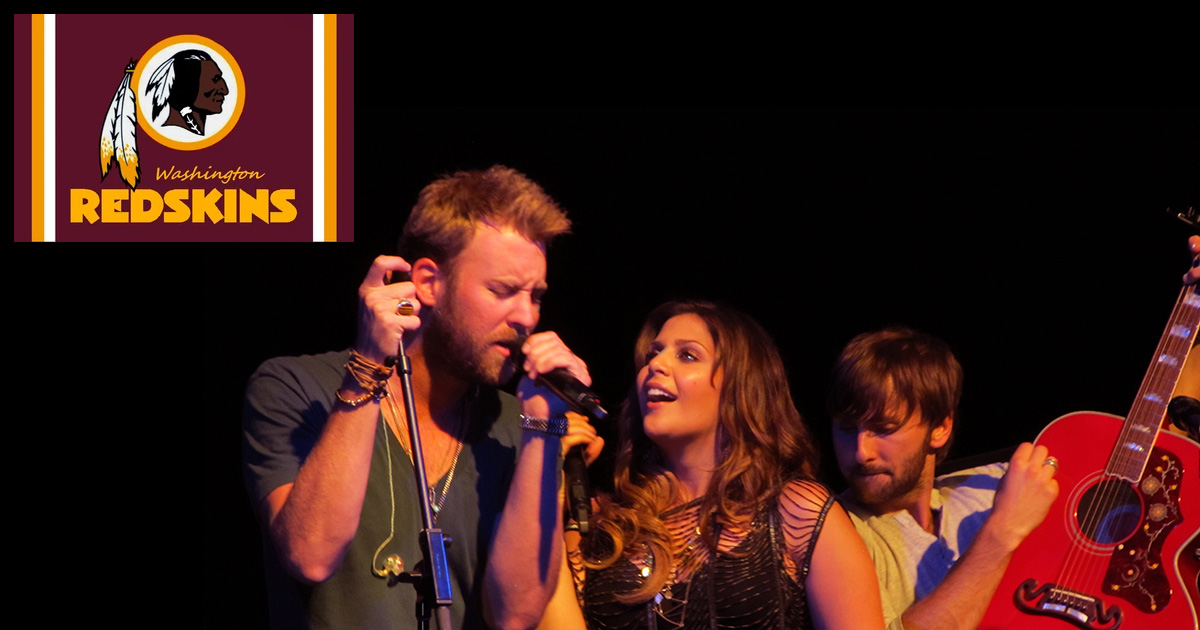 NASHVILLE, Tenn. — The embattled country group formerly known as Lady Antebellum, and more recently Lady A, has finally settled on a new name and will now be called “The Washington Redskins.”

“Not only do we want to put the litigation behind the name Lady A behind us, but we also feel strongly it’s important to be good allies, at least to one ethnic group at a time. And we thought calling ourselves the Washington Redskins made sense for us, since nobody else is using that name anymore and I’m actually part Cherokee,” said singer Hillary Scott, a claim she later admitted was based on family lore rather than DNA evidence or Tribal records. “We think this name change will be a good move for us — I already ran it by my Black friend.”

“Well, not really a friend, but the only Black person on our road crew,” added Scott. “I forget her name.”

Fans were initially disappointed when the group bowed to public pressure and changed their name to Lady A — a name that already belonged to soul musician Anita White — but the same fans fully support the latest change.

“Everyone who demanded the name change does not understand how important heritage is to country music. I mean, it’s almost like having all these Confederate monuments all over the place didn’t really teach them any history,” said Bobbie Gish, a diehard fan from Savannah. “Changing their name to the Washington Redskins proves they aren’t a bunch of cucks. That football team might be dead to me, but this band is more important to me now than ever. Mainly because it pisses off liberals.”

Ownership of the Washington, D.C.-based football team supported the band’s decision as well.

“I hated changing our beautiful name, which was not a slur but merely a tribute to the savages that once roamed this country,” said team owner Dan Snyder. “We’re going to call ourselves something else with a lot of name recognition that no one else will be using: going forward, we will be the Washington Aunt Jemimas.”

The controversy settled, the Washington Redskins are now looking forward to just playing that one song they’re known for at country fairs across the south for years to come.