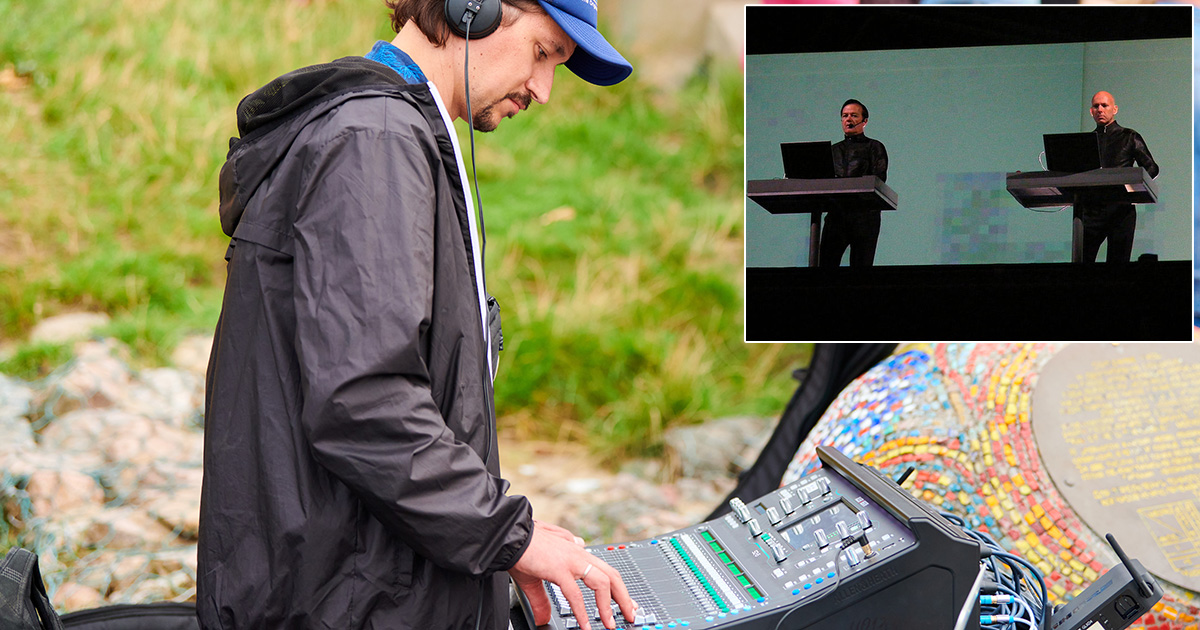 DÜSSELDORF, Germany — Electronic quartet Kraftwerk asked the sound guy at a recent show if they could get more “beeps” and “boops” in the monitor, sources who asked if they could be more specific confirmed.

“I could hear the ‘blarps’ and ‘blomps’ perfectly fine, but the ‘beeps’ and ‘boops’ were not coming through at all,” said lead singer, keyboardist, and pocket calculator operator Ralf Hütter. “Our fans expect a certain level of mechanical excellence from us, so I don’t think being able to tell the ‘blonks’ from the ‘blerps’ and vice versa is a lot to ask. After all, we may look like your everyday Central European electronic band arbitrarily pressing buttons on our music boxes up there, but I assure you our music is like a computerized symphony. It’s much like Beethoven wanting to hear each ‘beep’ and ‘boop’ while playing ‘Piano Sonata No. 14.’ You need each note to fill out the symphony of sound.”

Longtime sound guy David Pemboldt didn’t quite know what to make of the unusual request.

“They didn’t blink or move the entire time we ran sound check, and I’m not sure if that’s a German characteristic or if lacking a human element was just sort of their thing,” said Pemboldt before checking his notes to remember how to turn on a monitor. “Since I didn’t know what the band was even talking about, I just pretended to fiddle with a bunch of the knobs on the soundboard to make it look like I was fixing the problem. I think it must’ve had some sort of placebo effect because all of the sudden they claimed they could hear each and every note with precision. That’s why they pay me the big bucks.”

“So many musical acts throughout history had kooky monitor-related needs,” said Fryman. “Devo always asked for more whip sound effects in their speakers. Gary Numan curiously only wanted to hear one single synth note for 60 consecutive minutes in his headset. And Liam Gallagher famously wanted zero Noel Gallagher in his monitor. These poor sound guys put up with a lot.”

At press time, Kraftwerk was seen asking the lighting guy if they can only use gray tones to “match their intensity” during the show.