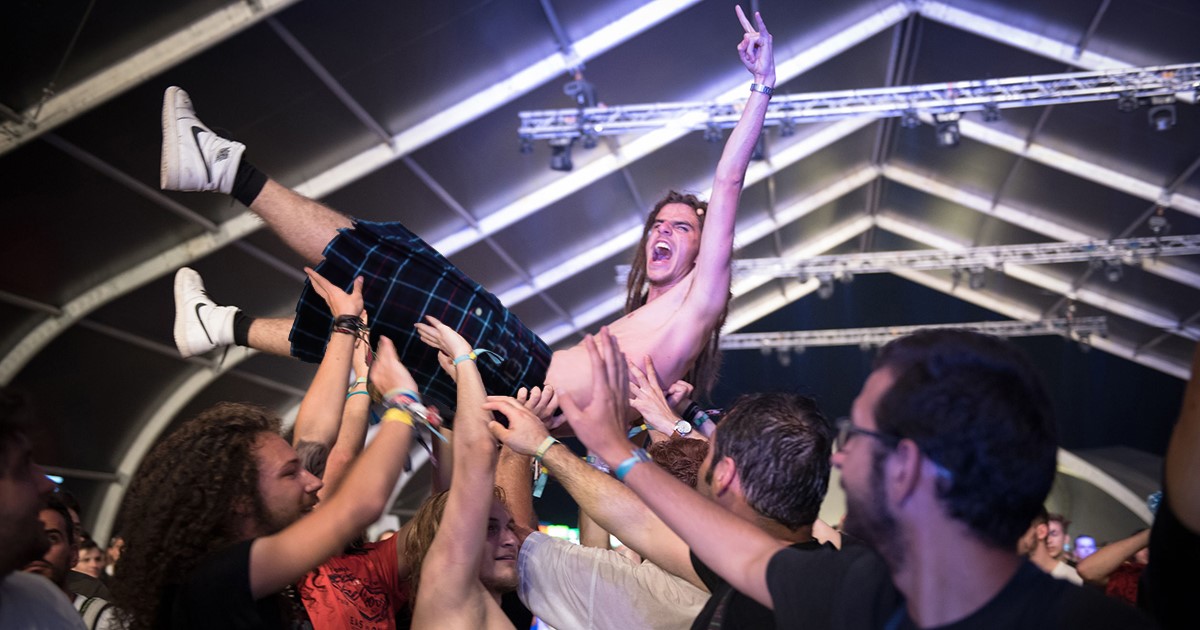 “By the time doors opened, Jeremy was drunk as hell… but in his defense, it’s impossible to make it through a Dropkick show parking lot without everyone inviting you to their keg for a beer. And that goes double if you show up wearing a kilt with a custom Dropkick Murphys sporran,’” explained friend Bridgid Loftu. “I tried to talk him out of wearing it — I told him kilts are more of a Scottish thing and that he looked pretty stupid — but like most Irish-Americans, he didn’t care. Three songs in, and he’s trying to jump the guardrail and climb on stage; next thing I knew he was up over my head, trying to hold his skirt in place.”

Those in the pit felt obliged to support Flanagan, with most simply closing their eyes, throwing their hands up in the air, and hoping to touch his back or leg. Some, like Dean Gallagher, weren’t so lucky.

“I first saw [Flanagan] waiting in line, standing over a subway grate blowing up his kilt, Marilyn Monroe-style. Naturally, I was shocked to see him again in the pit being passed towards me ass-first,” said Gallagher. “I dropped to the floor to avoid him, but everyone thought I accidentally fell and picked me back up… and sure enough, kilt guy’s bangers and mash were on my forehead. I don’t care if this jeff cap was my grandfather’s — I’m burning it as soon as I get home.”

Head of security Dirk Boldin warned that appearances by “kilt guys” are not limited to Dropkick Murphys’ concerts.

“We see kilt guys hanging brain at metal shows all the time, too. Not sure why. What’s the appeal of freeballing in a dark theater with hundreds of sweat-drenched meatheads?” said Boldin. “Maybe these guys should try sucker punching strangers in the pit like normal people.”

At press time, Flanagan was at the bar, planning his next dive while enjoying an Irish Car Bomb and a napkin full of ice on his severely bruised testicles.