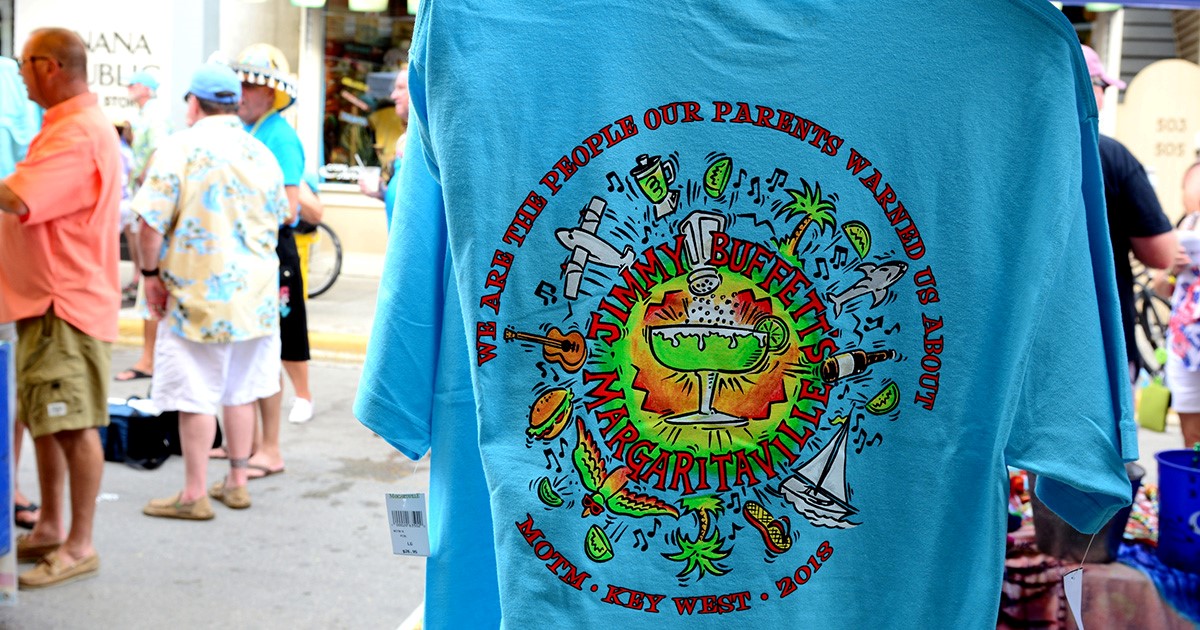 LITTLE ROCK, Ark. — A merch cashier at Little Rock’s Verizon Arena apologized profusely last night to a gaggle of irate Parrotheads for running out of everything except small and medium T-shirts during a Jimmy Buffett concert, angry witnesses reported.

“This is bullshit! I knew I should’ve bought a shirt before the show started, but then I would’ve had to hold it the whole time,” lamented 54-year-old Gary Lachman, double-fisting cheeseburgers while drinking from his frozen margarita-filled Camelbak. “I don’t even know why they even make them in sizes that small. Maybe people use them for rags when they spill their piña coladas? I don’t fucking know.”

Dirk Sickles, the aggrieved cashier who has worked at the Verizon Arena for six years, had never seen a crowd react with such vitriol.

“The crazy thing is, Buffett fans are so unfashionable that even short and skinny fans were buying XLs and larger,” recounted an exasperated Sickles. “But everyone was acting like I personally decide the quantities for Jimmy Buffett’s merch supplies. I get their rage, though — you’d think at this point that ol’ Bubba would know to stock more plus-size merch.”

“Concerts by virtually any other artist sell out of mediums almost instantly, followed by smalls,” explained Rebecca Contini, supply chain consultant for Accenture. “One research study, however, theorized that Jimmy Buffett’s music subliminally force-feeds fans cheeseburgers and margaritas, so people tend to size up when purchasing merch.”

“And anyone who pre-games at a Margaritaville beforehand is going to feel so bloated they can’t imagine fitting into any size without at least one ‘X’ in it. Have you seen the portions there?” added Contini.

Jimmy Buffett, eventually reached for comment, said, “I appreciate my fans’ enthusiasm for my Volcano Nachos, Landshark Lager, Bed Bath & Beyond homewares products, and I guess music,” Buffett said. “With their support, I will someday realize my dream of running The Cheesecake Factory and Tommy Bahama out of business.”