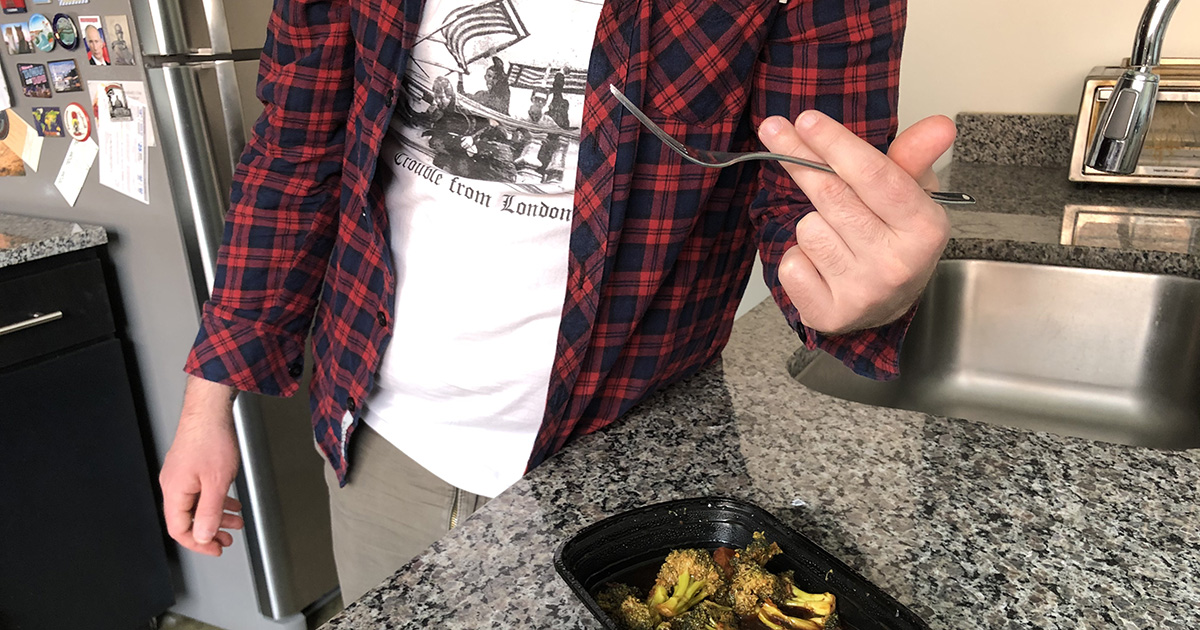 “I’ve been playing jazz longer than I’ve been shittin’ on the toilet, and those sticks are rarely out of my hands,” a smoky-voiced Frenzy declared. “Honestly, I feel more comfortable holding everything that way — with a fork, it makes eating pasta so much easier. It’s the traditional way of holding drumsticks, for goodness sake! There’s nothing weird about it. Who’s to say this isn’t how silverware was originally held? If anything, everybody else is the weirdo.”

Friends and family admitted it was a little strange to watch him eat like that at first, but are all pretty used to it at this point.

“It freaked me the fuck out for the first few months of knowing the guy,” said jazz bassist Franky “Four-Hands” Houston. “I mean, he does it with everything — I’m still haunted by the image of him cutting our guitarist’s birthday cake, and I cannot figure out how no one got hurt that day. Same goes for how the man holds his cigarettes; a lot of us thought he was French or something. Regardless, there’s two things we can all agree on: he’s a phenomenal drummer and a very messy eater.”

Musicians’ Institute psychologist Denise Walters has been studying the habits of drummers throughout history and says this behavior is not uncommon.

“Drumsticks are somewhat of an extension of a drummer’s body,” Walters said. “When they’re spending over half of their lives behind the set, it’s not uncommon for their habits to translate into other parts of their lives: Metallica’s Lars Ulrich plays with heavier drumsticks, which is why he eats his cereal with a three-pound spoon. We’re currently working on a social media campaign to spread awareness about these habits among drummers in hopes to get rid of any stigma around their unique behavior.”

At press time, Frenzy was brushing his teeth in a manner his dentist called “unbelievably ineffective.”