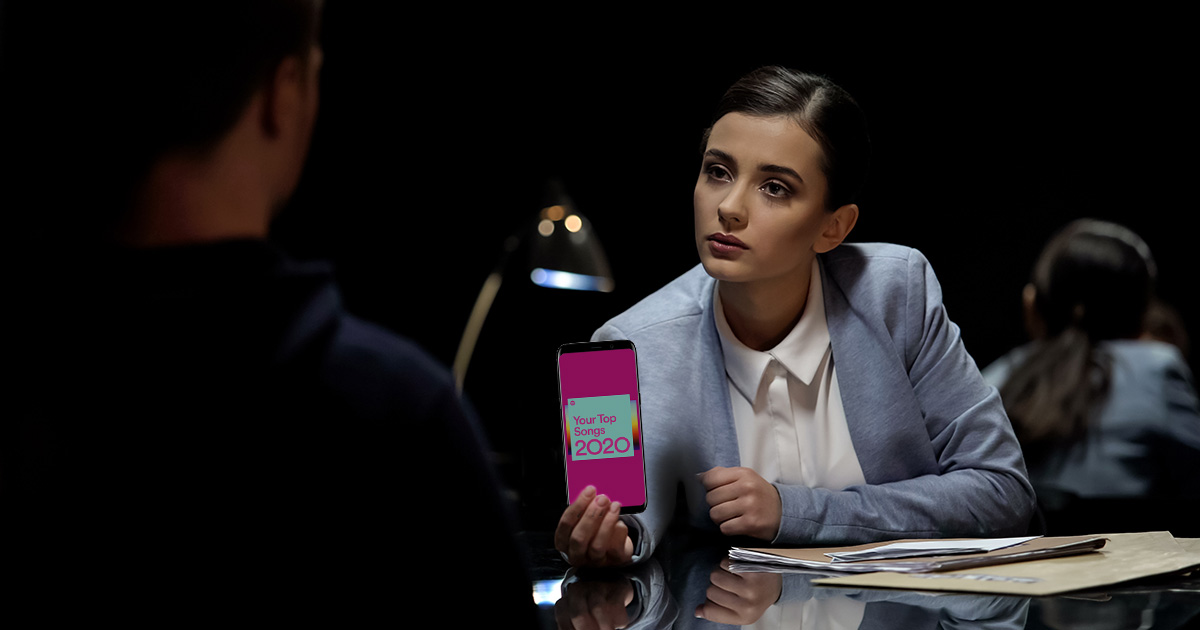 BOISE, Idaho — A days-long investigation into the 2020 Wrapped list of local man Evan Burghart was revealed to be heavily edited in order to make himself seem cooler to his friends and family, disgusted officials confirmed.

“We were initially tipped off that Mr. Burghart had used advanced photo editing software to recreate Spotify’s ‘Wrapped’ templates and then he posted the list to his Instagram stories with a comment saying ‘kinda surprised by this,’” said lead investigator Germaine Cruz. “Suspicions were first raised because he posted his list on Wednesday, when everyone else had already shared theirs on Tuesday. We began to dig deeper when we saw his list dominated by Outlaw Country artists. We asked his roommates if they had ever heard him listening to Waylon Jennings and they emphatically said ‘no’ across the board.”

“I started my career as a homicide detective, I saw some pretty sick shit, but this is by far the most upset I’ve ever been,” Cruz added.

Burghart continues to maintain his innocence and says the Wrapped list is authentic.

“I have absolutely no reason to misrepresent my musical taste. Yes, there are pictures of me that pop up from time to time wearing a full zoot suit from my days playing in a ska band, but that was six years ago. I’ve grown up a lot since then,” said Burghart. “I’m willing to take any tests they want to give me. What do you want to know about David Allan Coe or Townes Van Zandt? I’d be willing to show anyone my Spotify analytics but I forgot my login and I dropped my phone, laptop, and iPad into my parent’s pool by accident.”

A spokesperson for Spotify says this sort of misrepresentation has been happening across the country over the past few days.

“It’s tough for a lot of people to be faced with the fact that Blink 182 was the artist they listened to the most in 2020. Most people consider themselves ‘cool’ and that is decidedly ‘uncool,’” said Spotify 2020 Wrapped liaison Owen Gully. “In the case of Spotify user Evan Burghart the results were particularly disturbing. According to our data his top artist was Mest, followed Sublime with Rome. His podcast listening was also disturbing, he has claimed to only listen to NPR podcasts but in actuality, he’s in the top 1% of listeners of ‘The Jordan B. Peterson Podcast.’”

Burghart faces even more scrutiny due to ex-girlfriends coming forward and challenging his claims of having an “average sized” penis.