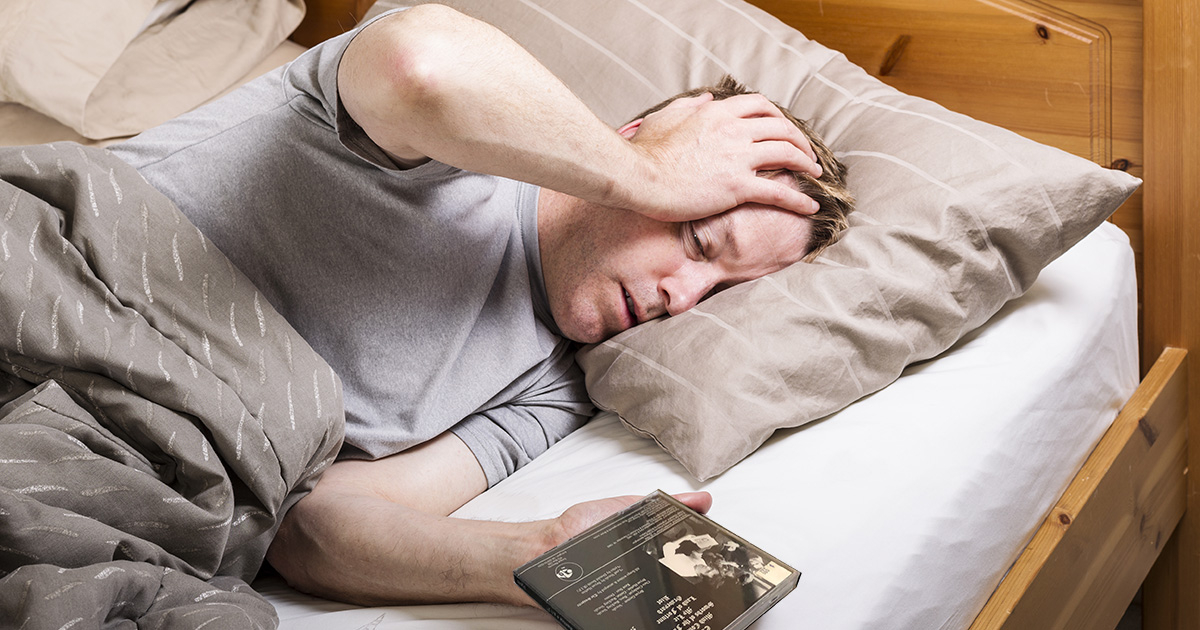 CHAPEL HILL, N.C. — Local man and admitted problem-drinker Gibson Leary woke up this morning with a headache, dehydration, and a CD he must have bought at a show he attended last night, mildly concerned sources report.

“I just kinda stumbled out of bed and found it,” Leary stated, rubbing his temples vigorously while attempting to make sense of the hand-packaged CD. “I still can’t make heads or tails of what I’ve got here — is ‘The Middle Tom’ the band or the album name? People still make things in Microsoft Word? And why the fuck did I buy a CD?”

Leary’s roommate Adam Bruford confirmed the nonsensical purchase is not an isolated incident.

“I don’t get why he’s surprised — dude has more local band merch than anyone I know,” Bruford said, pointing out the stack of medium black T-shirts in the corner of a small shared living room. “He’s always saying he wants to support the local scene, but I’ve literally never heard him listen to anything but Hollywood Undead… and he’s usually doing some drunk bullshit during every band’s set anyway. Can’t accuse him of being a bad tipper, though.”

Breighton Dickson, a bartender at The Shifty Eel, confirmed Leary’s attendance the night prior, but did not recognize the CD Leary bought.

“Never heard of that band, but Gibby is a regular here,” Dickson said, reattaching legs to a wooden chair. “Every weekend he gets absolutely smashed and ends up going totally apeshit over whatever awful song is playing. Last night, he rolled in here toward last call and went berserk over a couple of assholes singing INXS at karaoke. It was kind of endearing, but only kind of.”

“Also, tell him he needs to reimburse us for the chair he broke pretending to do that ‘Titanic’ scene again,” he added.

At press time, Leary was unsure he would ever find out if the CD is any good. “I’m not even sure how I’m going to listen to this thing,” he admitted. “I think my parents have a CD player in their Corolla, so maybe I’ll check it out next time I’m home.”