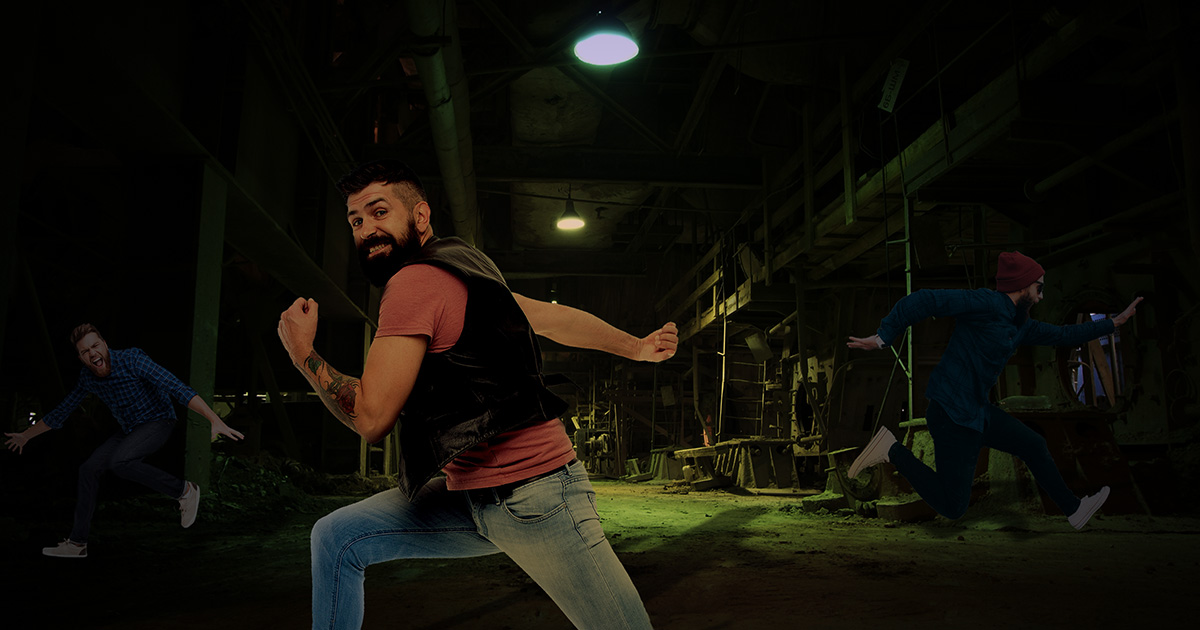 LANCASTER, Pa. — Hundreds of metalcore bands were seen scurrying off in different directions in a local factory late yesterday evening after night watchman Bill Ducca surveyed the premises during his nightly rounds.

“We had a pretty bad infestation in, I want to say, the late 90’s to early 2000’s, but nothing like this. It seems this recent batch has grown wise to our usual traps and deterrents,” said Ducca motioning to an ESP guitar and military hat positioned under a large net. “Although, I will say this group seems to scare a lot easier. All I had to do was say I was the cops and shine this here flashlight through the window, and they nearly shit themselves running away.”

Local exterminators are well aware of the rise in metalcore presence at its blighted industrial parks, but have been powerless to stem the tide of music videos, album covers, and Alternative Press (AP) full spread photo shoots occurring on a nightly basis.

“What we are actually seeing is that as parents in the suburbs purge their garages and partially finished basements, it is pushing more and more of adult metalcore ‘kids’ into comforting places like abandoned houses, underpasses, and burned out factories,” said Rob Littlefield, owner and operator of As I Spray, Dying Exterminators. “These places have everything a metalcore devotee could want: harsh lighting, decrepit concrete pillars, and the illusion of toughness and street credibility.”

“Of course the customary response to any kind of infestation is to be overly reactive, but as our recent data shows us, it’s best to simply let it run its course,” said Councilwoman Sharon Landis. “Soon, the majority of these bands will opt for the safety and comfort of well-lit studios with high production budgets, or the ease of a music video cut together from live footage. Then, all that will be left are a few straggling crabcore groups, and the occasional Christian rock band. At least they actually sometimes clean up the place.”

A concerned Ducca worries that the regular sightings could be a sign that civilization is headed toward another ten years of nu metal, in which case he promises to “burn this place down myself.”