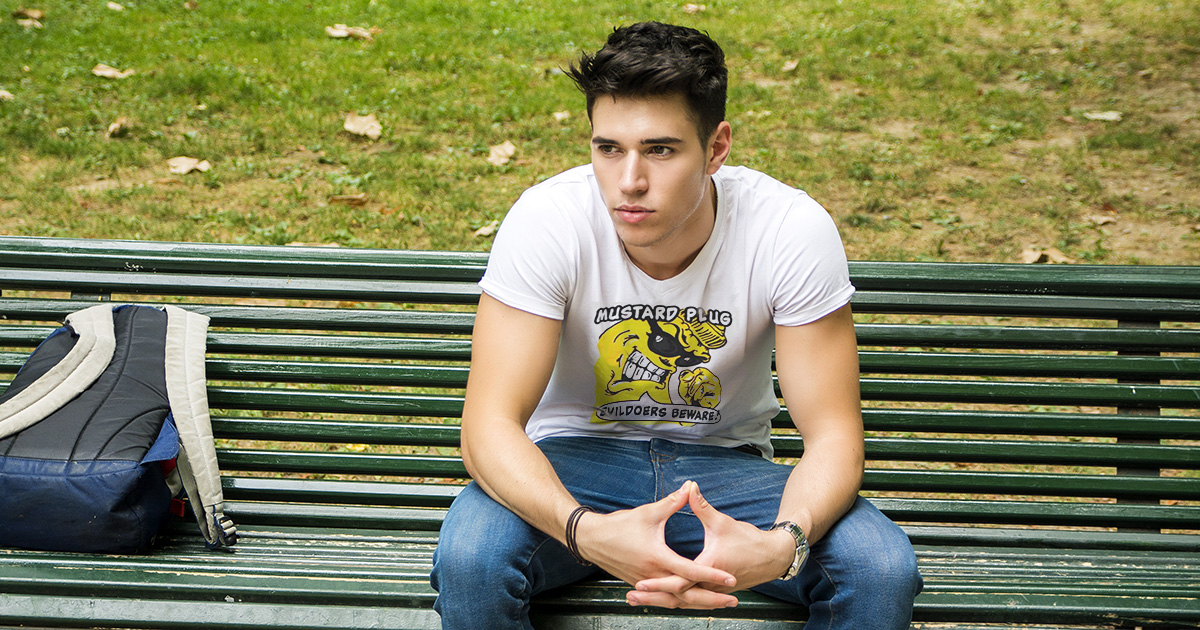 NEW YORK — Popular photoblog “Humans of New York” announced in an emotional press conference today that they have finally found a subject too depressing to share with their fans: a one-man ska band.

“Throughout our nine years of existence, we’ve cataloged stories from some of the city’s most downtrodden, unlucky souls,” explained “Humans of New York” founder Brandon Stanton. “But it wasn’t until today that I finally saw something that broke me: I refuse to subject the story of the one-man ska band I saw in Alphabet City this morning to our fans.”

“Just those words — ‘one-man ska band’ — are hard to get out without breaking down,” Stanton added. “I won’t be taking any questions today. I’m sorry.”

“I do it for the little children whose faces fill with glee when they see my horns and instruments and contraptions,” professed King, whose white-and-black checkered patterned clothing has faded to various shades of gray. “Though once the music starts, the abrasiveness of ska tends to melt their smiles into tears… as if all their innocent hope is lost. Sometimes, they just take their phones out and start laughing. In time, they will learn the joy of ska. I hope.”

King has played solo for years following an on-stage electrocution tragedy in the early ‘00s that killed all 14 of his bandmates. However, he’s resolved to share ska music with his fellow New Yorkers.

“I see him most days playing minor key renditions of ska hits and changing the lyrics to be about his bandmates: like No Doubt’s ‘Don’t Speak,’ but it’s ‘Don’t Skank,’” described East Village resident Clay Donahue. “Like, ska is already sad enough. I’ve seen documentaries about enclaves of people in some parts of the country who still think ska is enjoyable in 2019. But to see and hear it with my own eyes and ears… it’s tough, man. Real tough.”

Inspired by King’s tale, documentarian Ken Burns is producing a 12-part history of the third wave of ska, leading PBS to immediately terminate their contract with him.