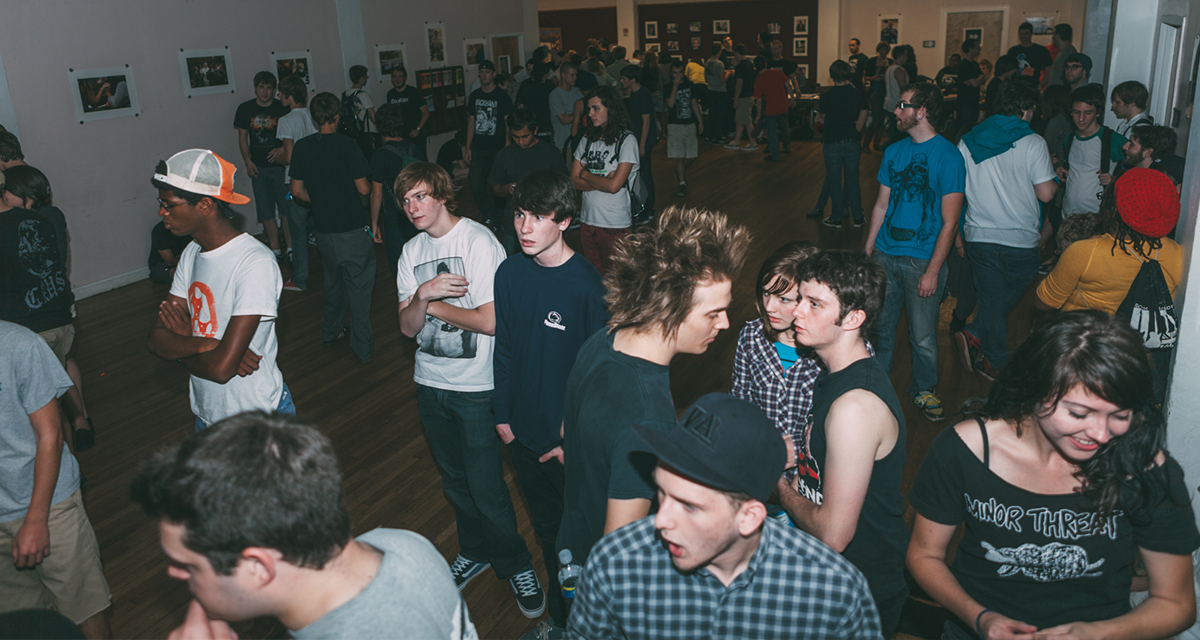 PROVIDENCE, R.I. – Fans were treated to an extended delay this Saturday while waiting for a local punk show to start, despite the surprisingly large crowd turnout. All members of every band arrived early, loaded in promptly and were ready to go at the advertised start time of 6:00 p.m..

“We were almost at capacity 30 minutes before the show was scheduled to start, so we figured nobody would be frustrated enough when the first band started – so I made the decision to delay the show by two hours,” show promoter Ken Saldi said.

During the delay, patrons of the show were treated to deafeningly loud music over the PA that only sort of fit the tone of the show.

Showgoer Ryan Baird weighed in on the music choice, “It was, like, sort of techno and kind of punk at first. I don’t know, it was really annoying and really hampered my ability to hit on uninterested girls.”

While most attendees quietly asked each other “Hey, when is this shit going to start?”, the bands passed the time patronizing the nearest liquor stores, almost certainly guaranteeing they would all be too drunk to perform their four-chord songs adequately.

The club’s strictly-enforced “no re-entry” policy, mixed with the unpopular music over the PA, forced the crowd to take solace in their smartphones – which led to a barrage of Facebook and Instagram posts that went mostly ignored by everyone not attending the show.

“I’m upset by the feedback I heard about my new band; I figured during the downtime I would treat everyone to that on repeat, so they could really have it sink in. Fuck them, they don’t know what they are missing.” Saldi said of his choice to play his own shitty band over the PA during the wait. “I will just delay the next show even longer.”