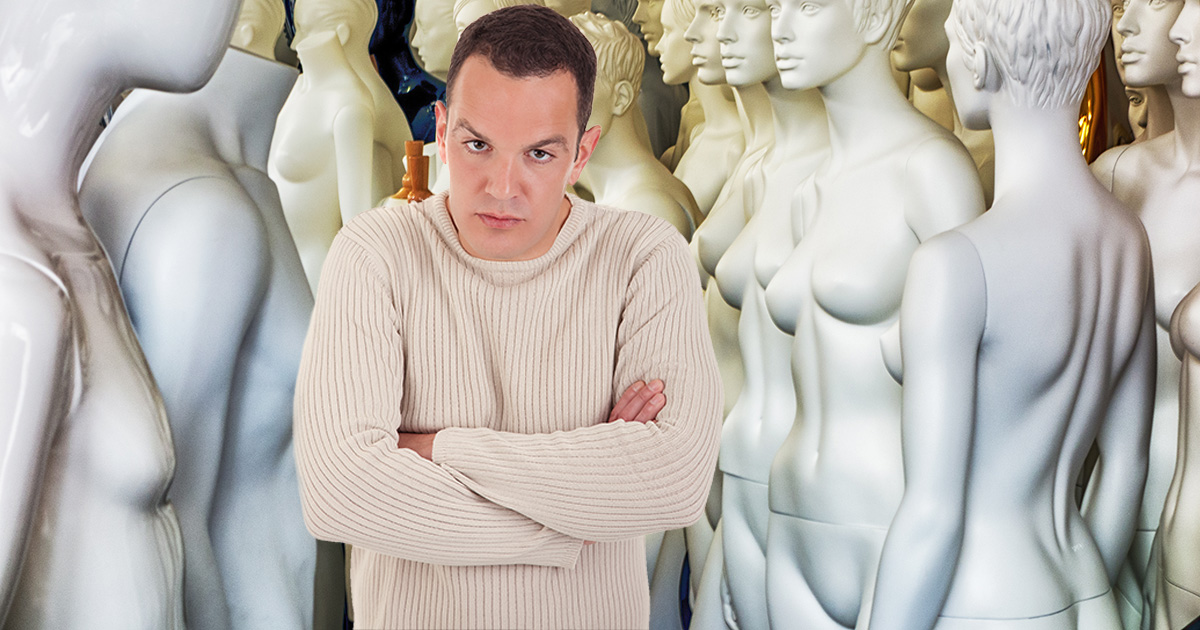 CHICAGO — Local pervert Tommy Webster was surprised to discover yesterday a band named after mannequin pussy, his favorite fetish in the world, peeved out sources confirmed.

“I’ve been a fan of mannequin pussy for years. Most people don’t realize mannequins aren’t just good for displaying clothes — they also make excellent lovers,” explained Webster from his basement apartment. “Back in the day you had to be sneaky and steal mannequins that stores were throwing out… but now, you can just order whatever you want on the internet.”

“I found out about the band when I saw online that a place nearby was having a meetup of like-minded men,” he added, “but when I showed up, it was just a bunch of punk rock music. I liked their shirts, though.”

Webster’s co-workers claimed he has been open about his love for mannequins and their perceived genitalia.

“We’ve had multiple complaints about him describing making love to mannequins, and it got even worse when he started showing up to work wearing T-shirts with the word ‘pussy’ on them. We hoped to finally discipline him,” admitted H.R. manager Daniel Belford. “But when we ran it by our legal team, it turns out you can’t really write someone up for supporting a feminist punk band. And when the IT guys told me that Doug in finance spent an hour trying to buy DMT on the dark web last week, we realized we’ve got bigger things to deal with.”

Local venue owner Johnathan Kingston confirmed that Webster was at the show, wearing a long overcoat.

“He looked out of place as soon as he walked in — he was wearing these dark shades, and as soon as he saw human women present, he got really tense,” admitted Kingston. “He bought a ticket and asked my door guy if there’d be private booths for jerking off. I mean, we are a music venue, so we’re used to having creeps of all kinds in here… but this guy was a bridge too far. ”

At press time, Webster was Googling “financial dominance” and “cock and ball torture” to make sure his various pieces of fetish merchandise weren’t inadvertently promoting other any other bands.