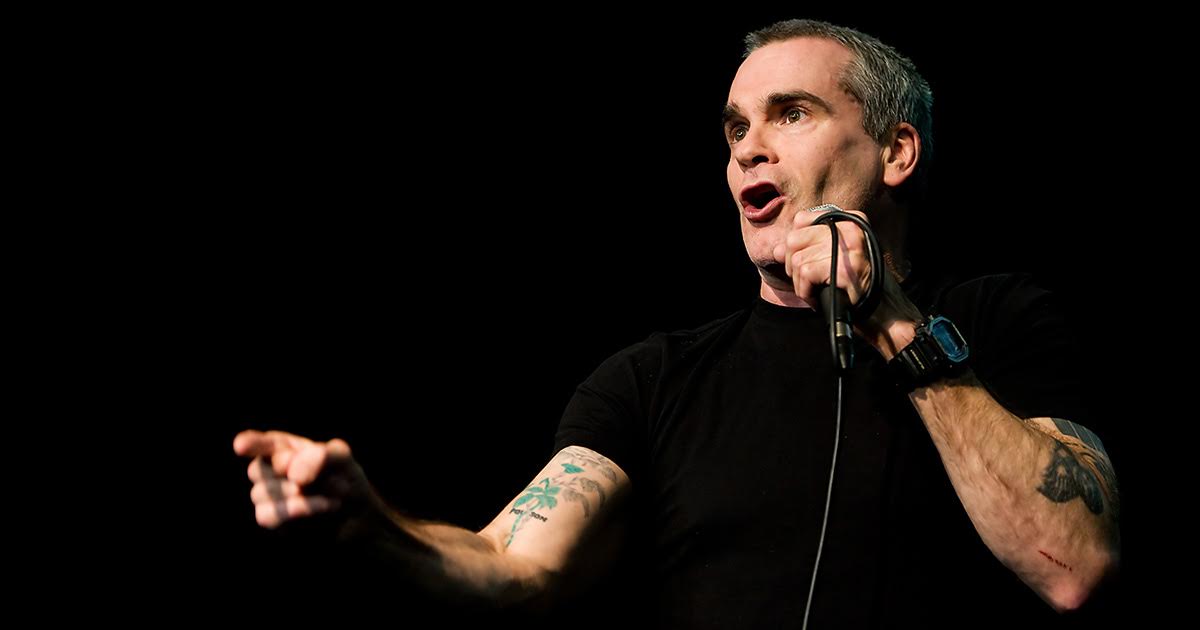 “It’ll be just like one of my spoken word albums,” said Rollins, clad in his standard black T-shirt. “But I’m going to say those words to a beat, and vary the pitch as I go along. This is going to be a revolution in the recording industry.”

Rollins hit the studio with famed German producer/noise artist Tornister, best known for eating wireless microphones and recording the sound of his own digestion and excretion, for the new album.

“When Henry came to me and explained his idea, I was like, ‘This is something that has never been tried before,’” said Tornister. “Spoken words… but sung?! This is crazy go nuts, man. To take word that meant to be said, and to not say them like a normal human, but to sing them: like some sort of bird-like human. Wow. I mean, I need cigarette.”

Some, however, were not too impressed with Rollins’ new album. Reportedly, even some production personnel weren’t fully on board.

“I really didn’t understand how this was any different than a normal song,” said studio engineer Adam Riley. “Am I missing something? I could play you thousands of songs just like this idea recorded last year alone.”

Riley was later dismissed from the project due to creative differences. “He just didn’t understand what we were trying to accomplish,” said Rollins. “You sing a song, right? But these aren’t songs. These are words, put to music. How is that so fucking confusing? Christ!”

To promote the album, Rollins will tour his sung word album across the U.S. with the help of a backing band later this year.

“It won’t be a concert — it’ll be a one-man-show, with three other dudes on stage, playing well-rehearsed music while I sing the words,” said Rollins.