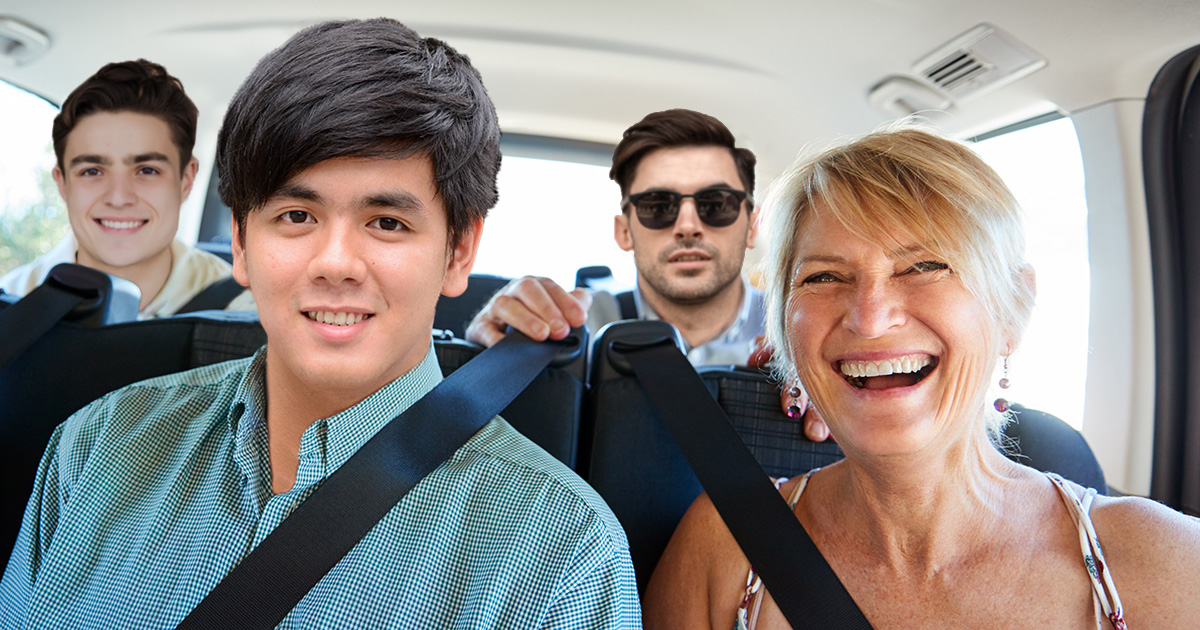 AKRON, Ohio — Overprotective parent Carol Miller is reportedly having the “time of her life” after insisting on accompanying her son on a 10-day tour of the Midwest with his hardcore band Truth In Pain, wary sources confirmed.

“I’ve always wanted to see places like Columbus, and it’s so much more wonderful to do it with my special little guy,” said the 46-year-old mother of three. “Taylor really wanted to go alone, but my Tay-bear is only 18, and there’s just so much drugs and terrorism in the world. And who else is going to make sure my beautiful womb fruit is using enough hand sanitizer?”

Band members admitted they’ve mostly come around to having a parent in the van with them.

“I have to say, it’s been really nice having Mrs. Miller around,” said vocalist Kevin Townsend. “Normally, I smell like someone else shit my pants, but thanks to her doing our laundry and putting air fresheners all over the place, now I smell like fruit. It’s still a little weird that she makes Taylor wear a helmet before he stage dives, but whatever.”

Indeed, the band’s self esteem is at an all-time high with Mrs. Miller’s constant support.

“I had no idea what decoupage was, but Carol wanted to teach us a way to express ourselves that’s not ‘punch-and-kick dancing,’ and it’s pretty fucking dope. We’ve made more money selling sick memory boxes than shirts,” said guitarist Corey “Beef” Wellington. “And she is just so supportive — it was embarrassing at first, but now, I really look forward to her shouting, ‘YOU’RE AMAZING AND YOU CAN BE ANYTHING YOU WANT TO BE I LOVE YOU!’ at us between every song.”

“These kids are geniuses — it makes so much sense to bring someone who is gonna feed them and pay for gas. She was even up my ass all night making sure they got paid,” said Mantis. “And she even bought every available ticket at the door just so the band could say they sold this place out. I may or may not have juiced the capacity by an extra 50, but that’s neither here nor there.”

At press time, Mrs. Miller had reportedly received multiple offers to manage other bands, but declined, as she will soon be leaving for college with her son.