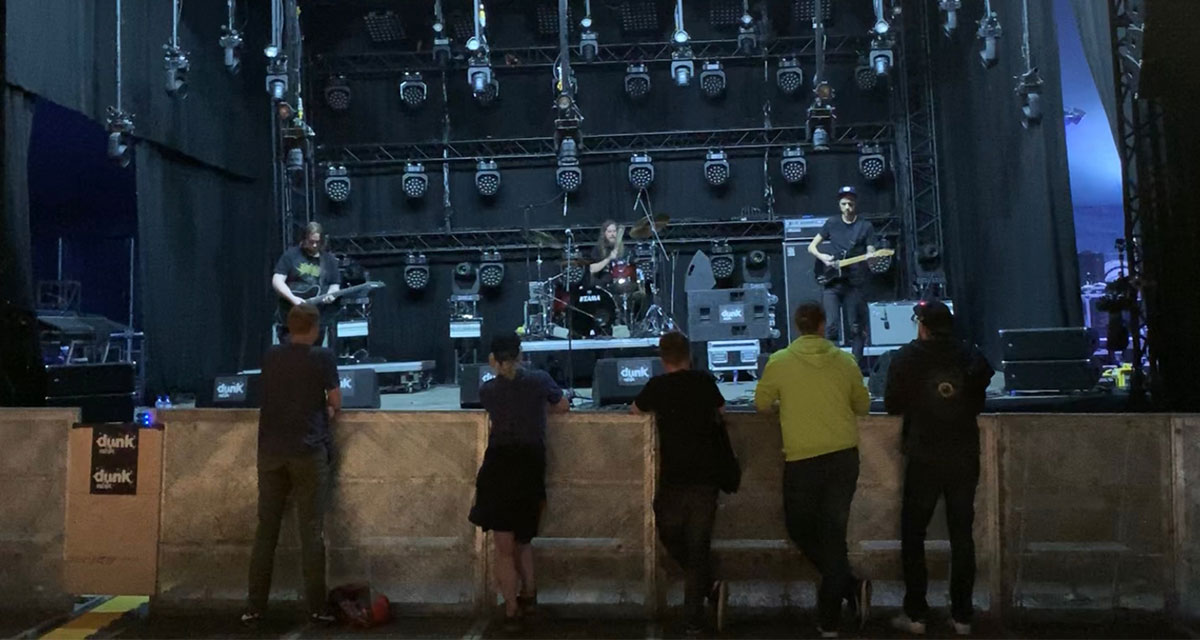 “I’m just glad they took it well,” said Hermann, whose band Seagull Eye played third when the room had the most patrons. “I slipped them all each a few extra drink tickets for doing me such a solid. It’s just, like… nobody else should have to play that late. They’re still sort of a new band, and they kind of need to pay their dues by ‘headlining.’”

Witnesses report hearing bits of a brief meeting between Hermann and Southbreather frontman John Fritz held at the bar earlier in the evening.

“They were sitting down over there at the farthest end of the bar, barely out of earshot,” said bartender Danielle Rosenthal. “I couldn’t hear every single thing that was said, but I could definitely hear Joe over there, going, ‘How do you feel about closing it down?’ and, ‘We’d all really appreciate it.’ Eventually that turned into, ‘Thank you so much, man. You fuckin’ rock.’ Johnny took a drink and just sort of looked up at the TV screen, like, ‘Well, there goes my bedtime.’”

Halfway through psych-folk singer/songwriter Thriftwillow’s opening set, Hermann had to orchestrate another last-minute shift at the request of garage-rock trio Log Doom.

“I got wrangled into working tomorrow,” said Log Doom frontman Ike Gonzalez. “I’m opening Little Caesars tomorrow around 10 a.m., so I told the Seagull Eye dudes I’d give ‘em a Hot & Ready and a six pack in exchange for going ahead of them. Worked like a charm.”

Finally, to a crowd consisting mainly of bar staff, Southbreather brought the evening to a close, ultimately maintaining a positive outlook.

“Going up last definitely has its perks,” said Fritz shortly after finishing the set at 12:45 a.m. “Not having to rush your gear off-stage when you’re done is definitely a plus. Is it worth doing it all the time? I’m not sure about that yet. But if it always involves having to help mop the venue up and stack stools like we’re doing now, then absolutely not.”