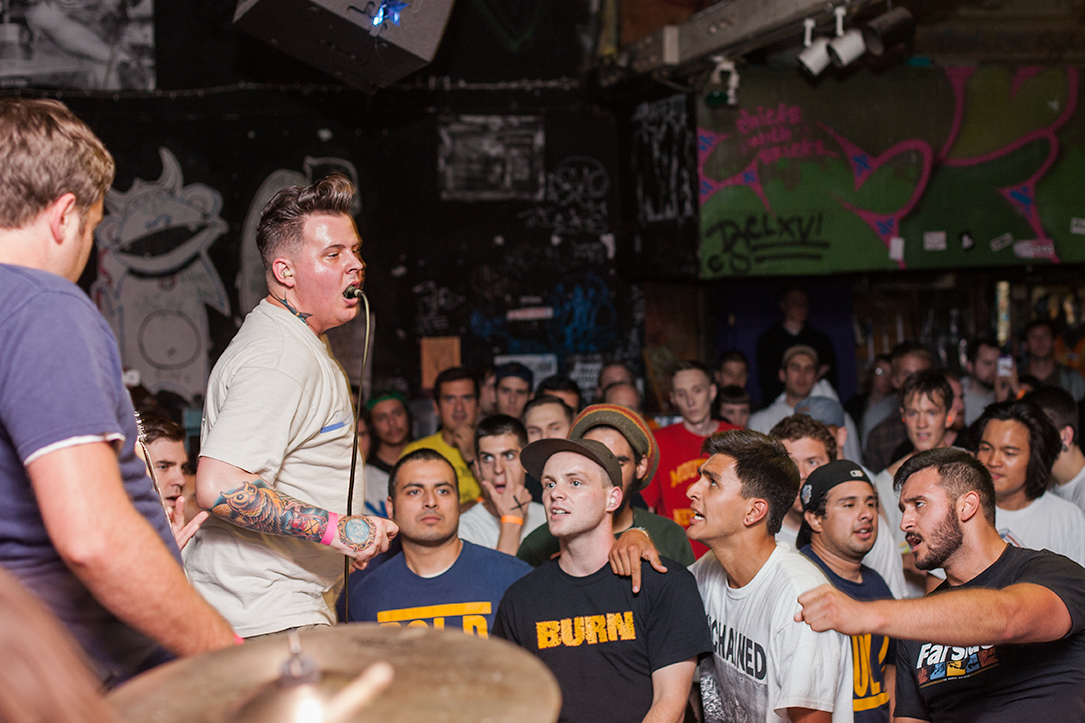 CLEVELAND — Live It Down lead vocalist Eric Sarno turned a recent show into an abject scene of horror when he accidentally swallowed the venue’s only working microphone, witnesses confirmed.

“He does the ‘microphone in mouth’ move all the time,” said bassist Jake Mainini. “Nobody saw this coming, it’s something we would joke about, but the time for jokes is over. We have to pay for that microphone out of the band fund. Which sucks because we actually thought we might make money on tonight’s show.”

Reports indicate Sarno was bouncing around the stage with the microphone in his mouth when he was inadvertently hit in the back by a man attempting a stage dive. The microphone then disappeared down Sarno’s throat, leaving everyone questioning where to scream the lyrics.

“Some of us started screaming into his belly, as if he were pregnant. Others decided to yell down his throat, it was sheer pandemonium,” said show patron Marie Daniels.

“I had it under control. I knew I just needed a few minutes and maybe a coffee before everything would be back to normal,” said Sarno following the ordeal. “Someone yelled out that I should ‘pull a GG’ and puke the thing up and keep playing, but I don’t know, I didn’t want the mic to chip a tooth on the way out.”

Show promoter Rob Wilford was not pleased with the situation.

“It was unprofessional. We hold these guys to a certain standard and swallowing a microphone whole is as rookie of a move as playing out of tune or covering the same band twice in one set,” said Wilford.

All signs point to Sarno making a full recovery, but the microphone was not so lucky.

“We have to throw it out. Most mics are gross with spit and other bodily fluids, but I can’t justify using a microphone that is partially digested,” said Wilford. “Besides, this mic had a good run. The thing survived four shows, which is a new record.”

Sarno is currently recovering at home, spending his time bragging on the Internet about being the first guy “to finally make this happen.”