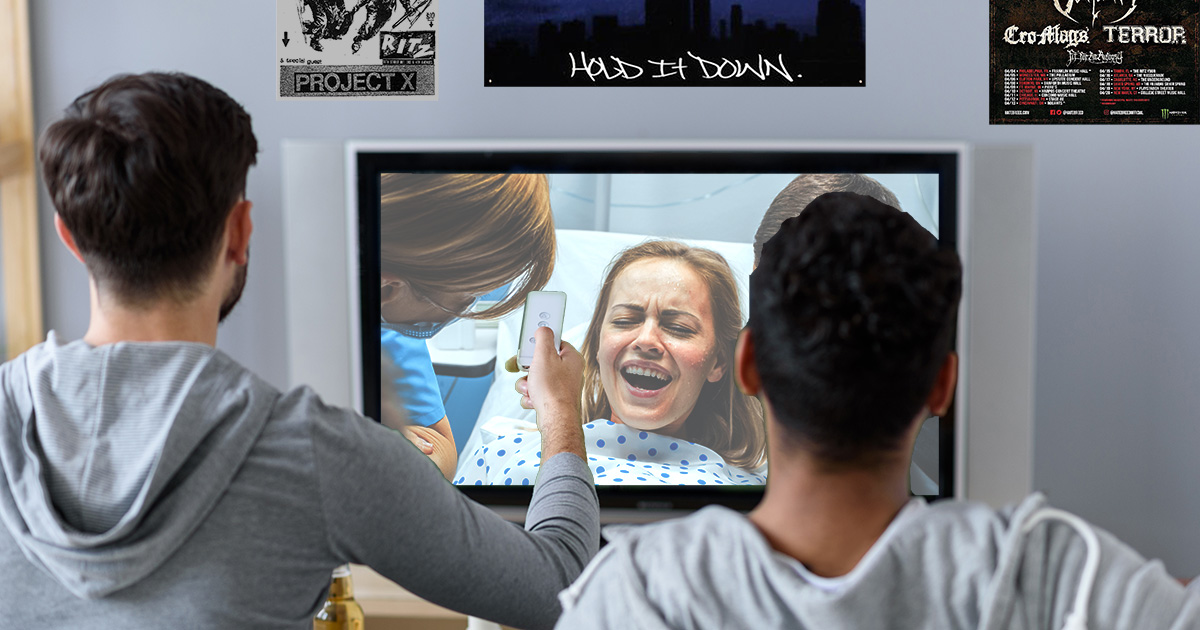 BUFFALO, N.Y. — A recent study by a research group of hardcore frontmen found that the pain of childbirth is almost as bad as the pain of betrayal, according to findings published in a heavily trafficked Medium post.

“We were all shocked to find childbirth came that close to betrayal on the pain scale we made up,” said head researcher and Bleeding Organ frontman Ed Bowen, of the data gathered via interviews, online searches limited to the term “childbirth hard,” and personal accounts of betrayal. “But we found it really doesn’t affect women as bad as being betrayed affects hardcore frontmen, like myself. Just last week, my bassist betrayed me when he tried to sing louder than me. There’s no epidural for that.”

Criteria for the study included the number of agony-filled hardcore songs written by women about childbirth; interviews with new mothers that culminated in, “But how long was the labor, really?” and whether drugs — “the coward’s way” — were used to numb pain during delivery.

“No matter which way you spin it, having a close friend completely stab you in the back is always more devastating and traumatic to the body,” insisted Crucial Tomb frontman Fernando Myers. “Does childbirth hurt? Sure. But at the end, you have a baby, and your body heals. We’ve proven that the pain caused by your best friend breaking edge is more intense, and can last a lifetime.”

Bowen noted that, ever since posting his team’s findings, he’s been flooded with messages from female hardcore singers disputing his credibility — claiming bias in the study, and telling him to “fuck all the way off.”

“This just proves our results even more,” said Bowen. “You think if I could just cut open my body, take out the pain, and stitch it back up, I wouldn’t do it? I’d do it in a fucking heartbeat. But I can’t. Guess who can, though: pregnant women.”

The second part of the study, slated for release in May, will investigate whether or not the brotherhood and unity of the hardcore scene is a more important bond than that of mother and child.