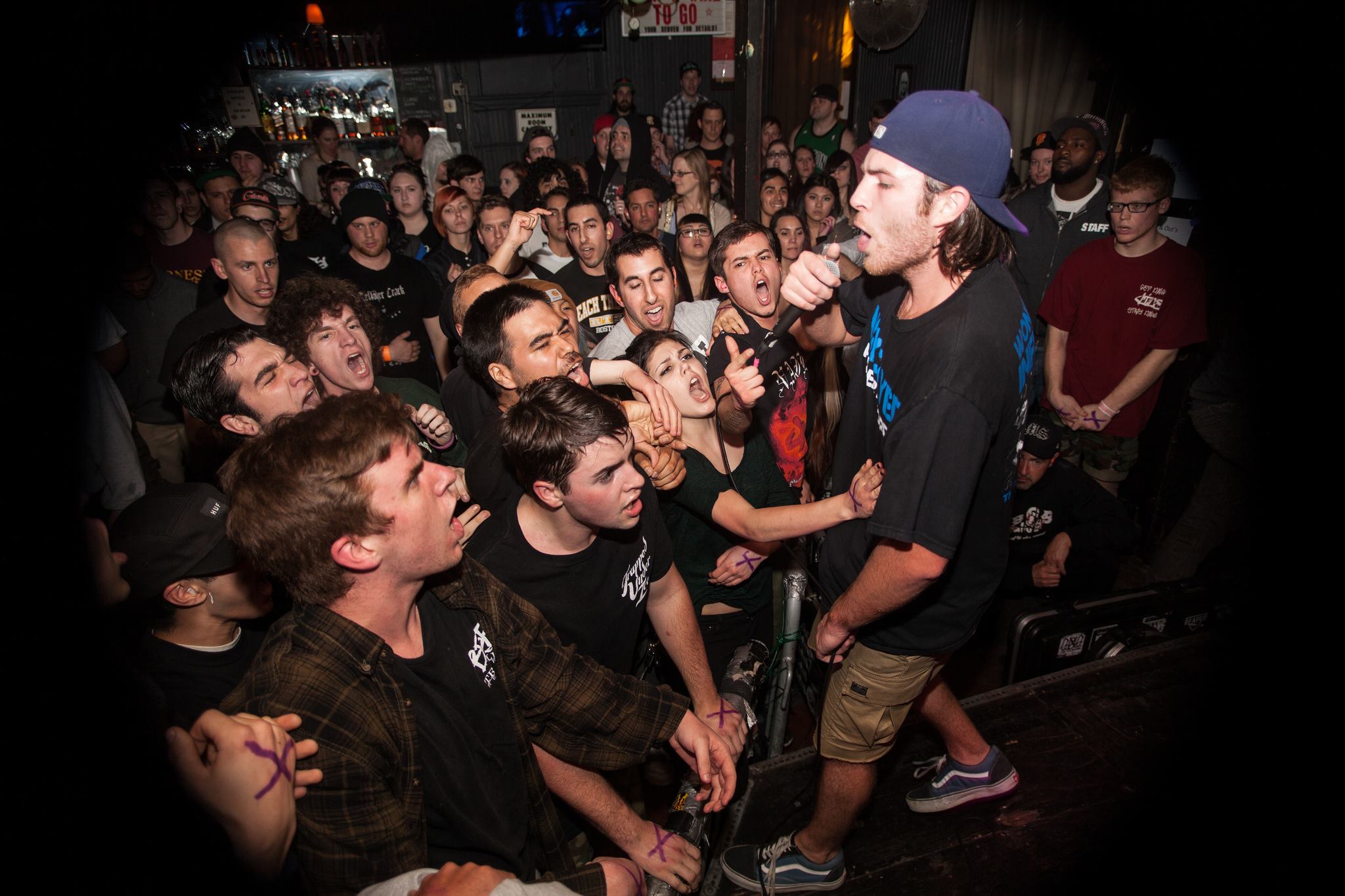 INDIANAPOLIS – Mark Lipton, frontman of local hardcore band Straight Risk, left show attendees confused and disappointed when he spent the duration of his band’s set shouting out to other bands and friends without playing a single song.

“Yo yo yo! What’s up, Indianapolis! Let’s bring it down for a minute, before we get this shit popping off, I got something to say!” announced Lipton. “Big shout out to the other bands playing tonight — Dire Life, Street Ponies, The Zone — all these dudes know what real hardcore is all about.”

The announcement prompted a big applause from the audience and a few hits of the bass drum in rapid succession.

After a strong early showing of shout outs, Lipton veered from the standard pre-performance banter, which is when the audience started to become restless. “Eventually he ran out of local acts and he was shouting out bands that are household names! I think everyone is already on board with Terror and The Descendents,” said attendee Clyde Marcus. “He personally shouted out everyone to ever play in The Ramones! That alone somehow took eight minutes.”

Witnesses report that about halfway through the band’s allotted time, a visibly sweaty Lipton took off his hoodie and dove right back into the ever-growing list of shout outs.

After listing off a more comprehensive collection of hardcore bands than any zine, documentary, or Tumblr page could possibly contain, Lipton switched gears and began shouting out to friends with increasingly fictitious sounding names. “Special shoutout to my crew, Scumbag Mike, Scumbag Josh, my homie Weasel in the 908, Crucial Mike, Scumbag Dave, the girl working the bar — you are killing it!”

As Lipton began to wind down his marathon shout out session, he switched gears and grabbed a list of people who had bought pre-sale tickets for the show.

“Yo, I got a special treat for all kids out there. This is the list of everyone that bought tickets in advance; without you, hardcore would be nothing. So, in alphabetical order, I would like to personally thank the following 75 people.”

According to the official Straight Risk Twitter account, the band is playing a secret after-show where Lipton is expected to read the thank yous in the liner notes of all his favorite albums.