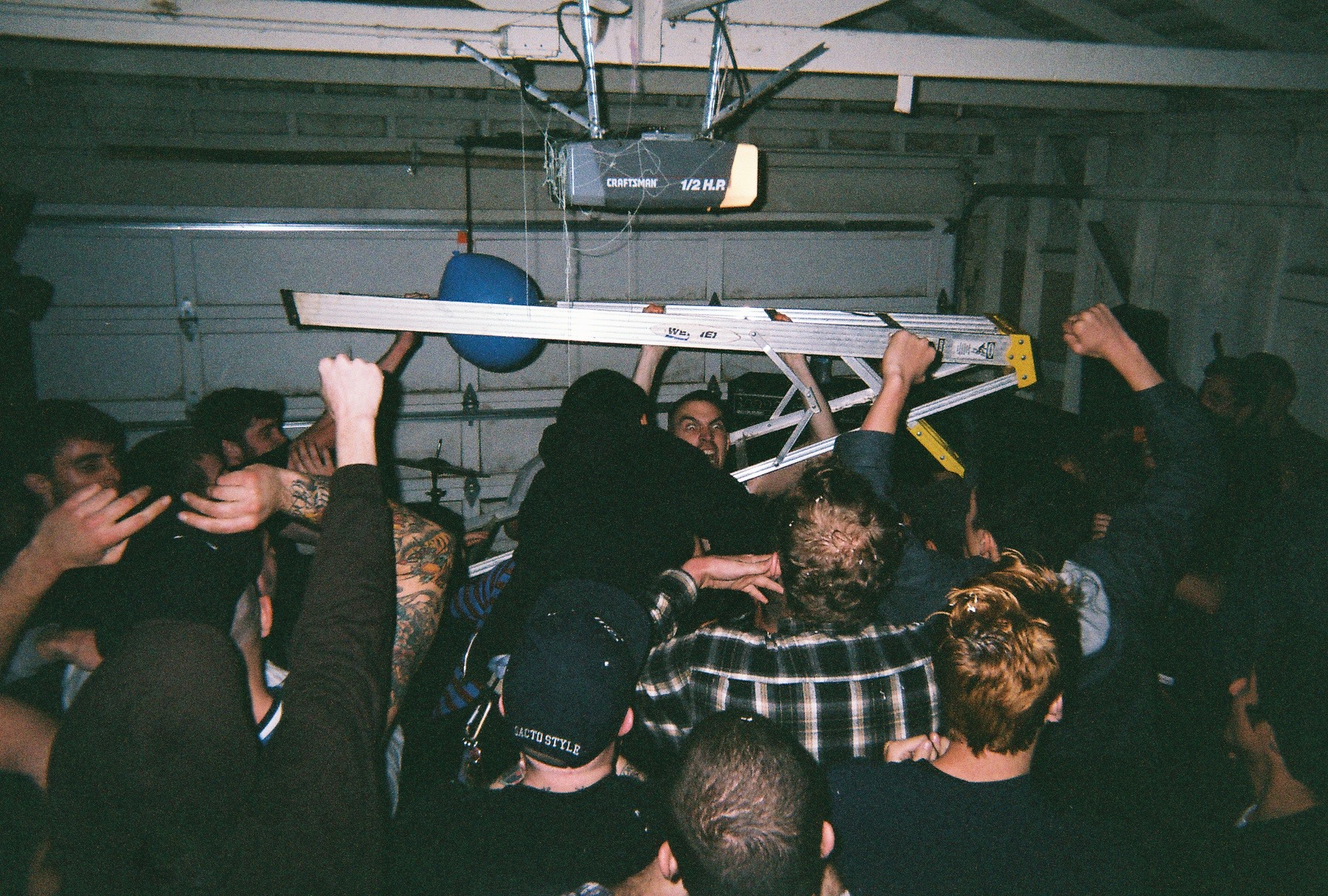 OMAHA, Neb. – Upon returning from their first national tour, Omaha hardcore act OUTFRONT report that as far as contributions to the band go, singer Zach Pearson is mostly just a liability. His bandmates report that Pearson was originally added to the lineup for his high energy, charismatic personality, and having a van. But the members of the band are now starting to have some serious second thoughts about the risk versus reward of handing Pearson the mic every night.

“At our shows around here, everybody pretty much knows who Zach is, and just accepts his bullshit,” bassist Jim Stephens said. “And I think there’s definitely a time and a place for everything. But our Chicago show at a feminist art collective was definitely not the place to yell ‘Mosh, you pussies!’” he added. “I mean, maybe once or twice if there’s a lot of feedback and no one can hear you, but before every breakdown seemed a bit much considering the only people who were watching were the five volunteers from the venue.”

“I don’t think he is doing himself any favors when he gives speeches like, ‘This next song, called ‘Brothers of my Brothers,’ is about unity. It’s basically about, you know, fuck racism, fuck sexism, and fuck uhh whatever it’s called when you hate gay people,'” Guerrero said, adding “And there are always other people who come up to the table pissed at me about never getting something they ordered from his distro three years ago.”

Violence, a beloved cornerstone of hardcore, has also become an increasingly reckless element to OUTFRONT’s sets. “At first he was just doing that typical GG Allin mic to the forehead move, with a little bit of fake punching the crowd like Jessie of Hoax, but toward the end of tour he started just straight up sucker punching random people and bringing weapons on stage,” Stephens said of his band member. “Musically he adds nothing to the band, so it’d be nice if he could stop hanging from every piece of exposed plumbing we come across. Especially when the owner of the basement has already stopped the show twice to tell us not too.”

Sources on Tumblr say hosts who let Pearson and crew crash at their houses are suspiciously missing family sized shampoo bottles and various pieces of their record collections.

“The dude straight up stole my OFF! boxset,” Tyler Tong, who put up the band in Arizona, said. “Which, you know, isn’t really that big of a deal but uh. . . still kinda sucks, I guess.”

Tong also told The Hard Times that after OUTFRONT stayed at his place, his laundry smelt strongly of urine.