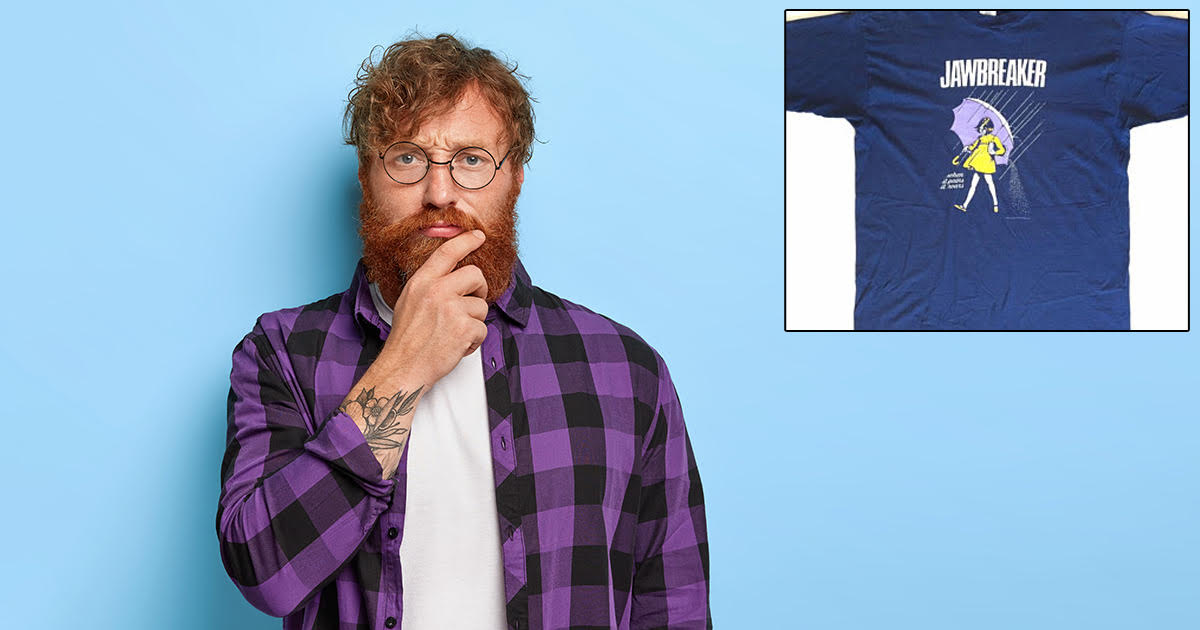 TEMPE, Ariz. — Local man Connor Heath still regrets breaking up with his college girlfriend 20 years on, admitting today that he never got over the Jawbreaker T-shirt she didn’t return two decades ago, sources tired of hearing about it confirmed.

“There are many things I could’ve done differently: I should’ve taken that semester in Spain, I should’ve studied instead of playing ultimate frisbee, and I never should’ve ended it with Courtney. If I’d known she was going to run off with my favorite band shirt, I never would’ve broken up with her over voicemail,” said Heath. “Every night, I sit and wonder where that T-shirt is now — how it’s doing, and how different my life would be if I had a vintage Jawbreaker ‘24 Hour Revenge Therapy’ T-shirt to wear to shows. Just think of all the head nods I’d get every time I wore that bad boy.”

Courtney Owens, Heath’s college girlfriend, had very little recollection of their relationship, let alone of the T-shirt in question.

“College is about experimentation, right? I was a so-called punk for like, five minutes. I think we saw that band… who was it? Jabberbox? Jawstopper? I got rid of most of that stuff years ago,” said Owens. “I do have that box of rags my husband uses to polish his Tesla — if I have it, it might be in there. Or I may have used it to clean up after our Labradoodle had puppies. Either way, thinking about it is a giant waste of time.”

Relationship expert Amelia Jansen believes people need to learn to accept the things they lost in a relationship and move on.

“I would tell someone like Connor that he’s better off without that T-shirt, and that if he keeps his heart open, he’ll once again fall in love with a brand new piece of clothing,” said Jansen. “I’d also say it’s time to stop dressing like a college student from the ’90s. I mean, you’re in your 40s, for God’s sake.”

At press time, friends report Heath bought a brand new Jawbreaker T-shirt online, but won’t stop comparing it to “the one that got away.”