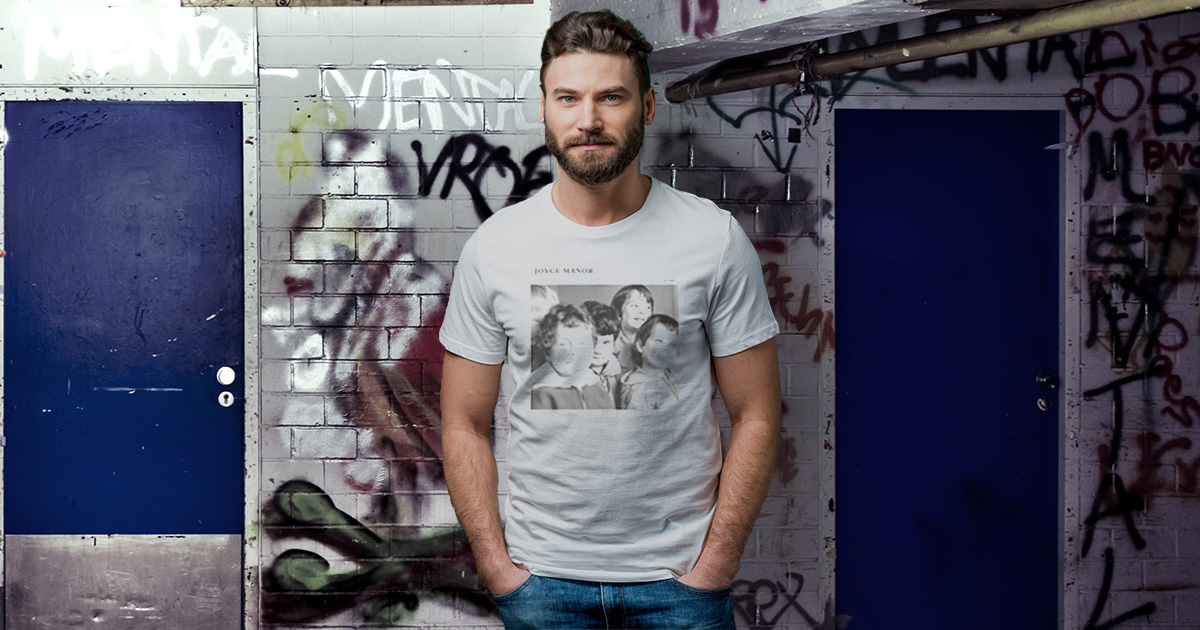 “I bought the shirt back in 2012 at a Joyce Manor album release show,” said Keen. “It’s got some beer stains on it and has faded and shrunk down a bit throughout the years, but that just gives it charm. At my office job I never get a chance to express myself. I’m always wearing this dumb suit, but as soon as I’m off work I love showing off the fact I’m a pop-punk for life.”

Attendees tried to calculate Keen’s age to determine whether his attire was acceptable.

“I kind of got obsessed with figuring out what this guy’s deal was,” said showgoer Roger Stanko. “He mentioned he was 10 when 9/11 happened… so I guess that makes him about 29, right? That means that he was 23 when Joyce Manor blew up in 2013 — which I guess is sorta acceptable, maybe? I was 18 when I got into them, but even I think that’s kind of pushing it.”

Psychologist Diane McGillicuddy stated that men in their early 30s wearing pop-punk T-shirts has become a nation-wide epidemic amongst the nostalgia hungry.

“Studies show that 35 percent of these men wear pop-punk apparel to feel young again, whereas 65 percent insist that it’s normal to still listen to The Ergs every day pretty much exclusively,” she explained. “On average, the population of older men in pop-punk T-shirts are heavily tattooed, still live in their hometowns, and make everyone around them question if a pop-punk persona is still acceptable past age 23.”

At press time, Keen was debating between splurging on another Modern Baseball tattoo or paying his overdue phone bill.