Guy in Misfits Tee on Law and Order: SVU Obviously Up to No Good 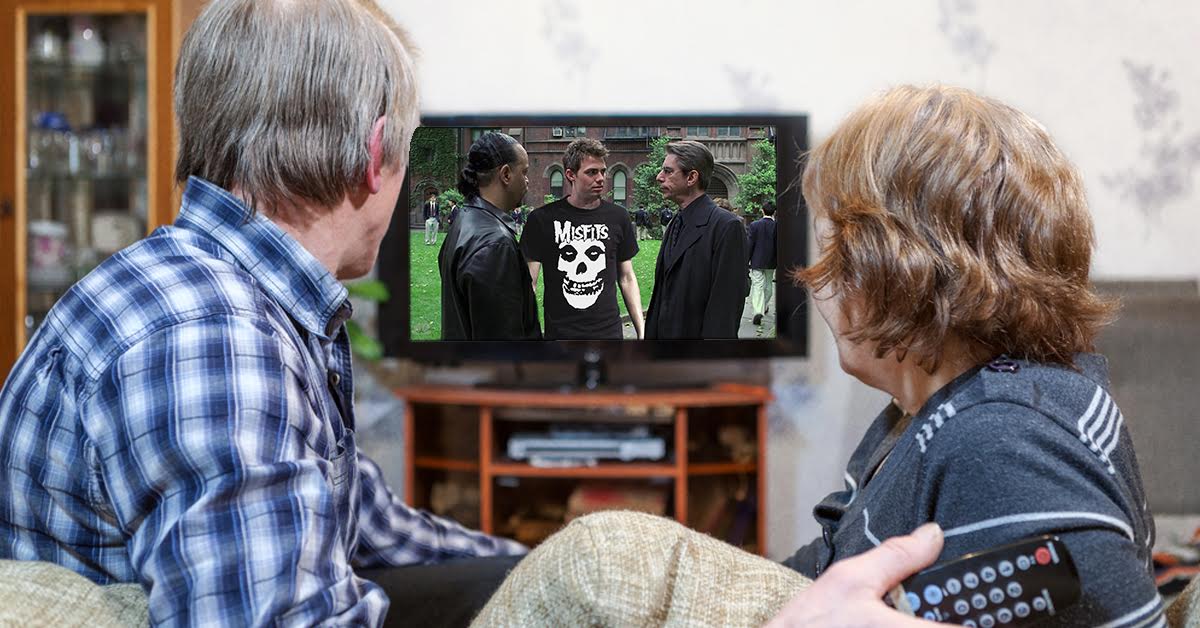 MITCHELL, SD – During a recent viewing of popular crime drama Law and Order: SVU on the USA network, local mother Kathy Schumacher surmised that a character wearing a black shirt with a skull on it was “obviously up to something devious.”

Empirical data shows Schumacher boasts a 45% success rate at predicting who the killer will be before the detectives on the show figure it out. Witnesses to Schumacher’s predictions are often left in amazement that she can pay such close attention to the story while rarely looking up from her knitting.

“He did it,” Schumacher said, leveling a bamboo straight interchangeable at the man being tailed by Fin Tutuola, as portrayed by Ice-T, before going back to work on a detailed picture of a teddy bear in a lime-green jumper.

When asked to elaborate, Schumacher shrugged and said, “Just look at him. He looks like a real piece of work. They’ll dig up her bones in a few minutes.”

The man in question had multi-colored hair, a nose ring, ripped jeans, and black t-shirt emblazoned with the Misfits Fiend Skull.

Schumacher shook her head as her needles clicked out knits and purls. “When a young man wears an outfit like that… he looks ridiculous,” she said with a frown. “Does he think he looks cool? Tough? It shows a lack of moral fiber. What would his parents think? I can tell you Judy would put that troublemaker behind bars based on that getup alone. She would never allow that in her courtroom.”

“Judy,” in this case, is Judge Judith Sheindlin, a well-known TV personality who presides over the reality court show Judge Judy, another show Schumacher views religiously and routinely predicts outcomes with a reported 75% success rate.

As the show progressed, Schumacher blinked, nodded, and slumped in her chair, dead asleep. Witnesses report she was gently snoring, two lines away from a completed jumper made for her nephew when the show revealed that the killer was actually the victim’s family doctor.

Article by Seth I. Pederson @sethifusp. Photo by Justin Gonyea.