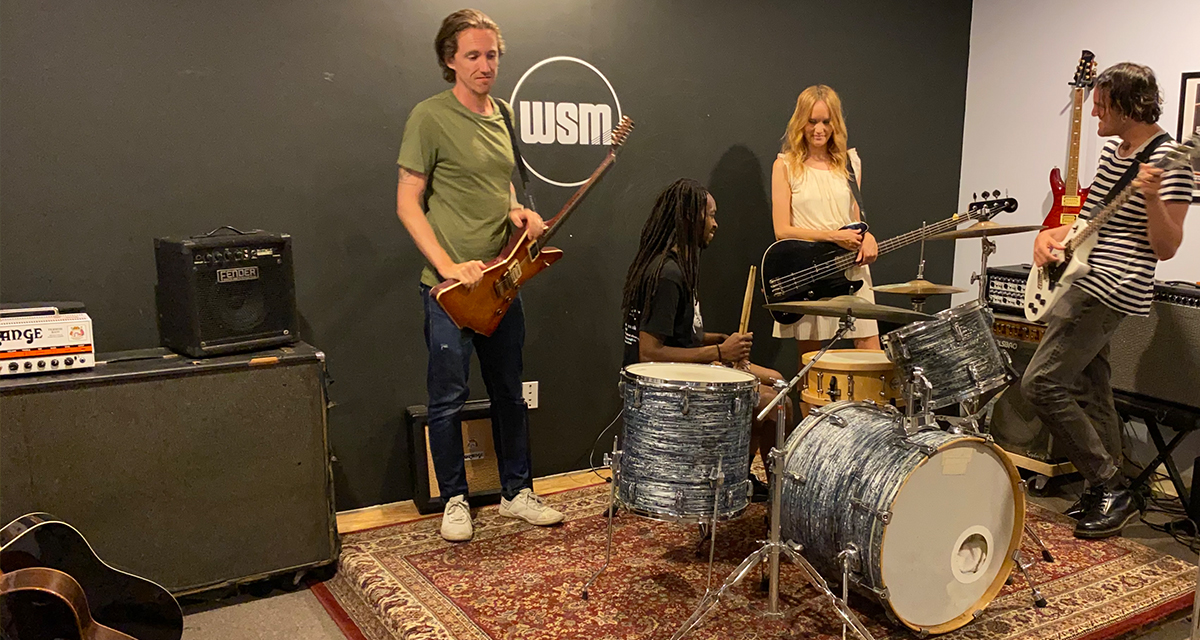 LITTLE ROCK, Ark. — Heartbroken guitarist Wayne Kellington just got out of his long-term punk band Cranial Input and is admittedly not looking for anything too serious right now, sources who reminded him there are plenty of bands in the sea confirmed.

“At the moment, I’m only interested in a no strings attached one-night band practice,” said Kellington while Instagram-stalking his ex-band from high school to see what they had been up to. “My last band was together for a good five years, which is the longest relationship I’ve ever been in unless you count my girlfriend who I’ve been with for eight. Regardless, I just want to have some fun and play the field right now before jumping back into something serious. However, I might be willing to partake in some sort of ‘band with benefits’ type situation in the meantime. Absolutely no drama though.”

It’s no secret that Kellington has been playing with other bands in an attempt to get over his previous one.

“He got pretty emotional when we played a cover of ‘Holiday in Cambodia’ which I guess his old band used to cover on special occasions and anniversaries,” said Kaleigh Harris, drummer for the band The Christopher Lloyd. “He recently joined us at one of our practices and he really felt like ‘the one’ who could complete our band. But when he didn’t return our phone calls and straight-up ghosted us I realized he merely saw us as some sort of floozy. Total dick move.”

Experts compared the experience of being in a band with other forms of human connection.

“A band is exactly like a romantic relationship, so you might go through a period after a rough breakup where you’re downright reckless with your actions,” said music historian Rebecca Flynter. “For example, most musicians need a ‘rebound’ band or two after experiencing a serious breakup. Look no further than Dave Grohl. Once Nirvana was forced to break up, that guy jumped around from band to band, like Queens of the Stone Age, Them Crooked Vultures, and that decades-long fling that’s somehow still going on called Foo Fighters. He’s clearly still reeling from emotional anguish.”

At press time, Kellington revealed that he was getting back with his old band but vowed that “this time would be different.”