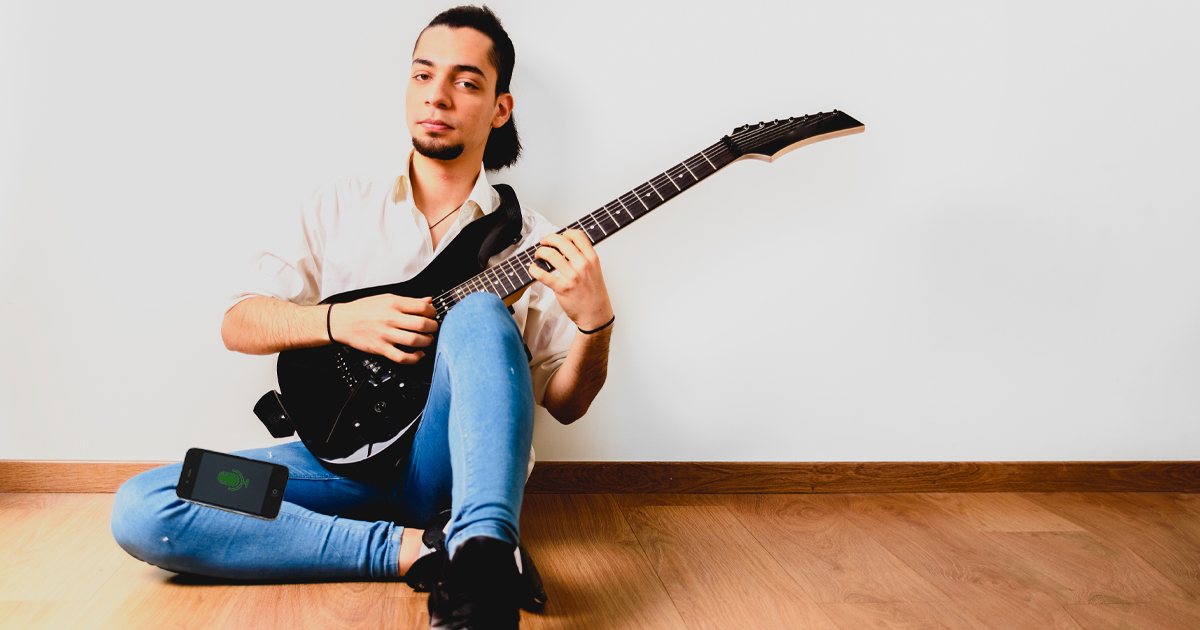 SAYREVILLE, N.J. — Local guitarist Micah Verney ducked out of a job interview earlier today to record an idea for an amateurish riff using the Voice Memo app on his iPhone in fear that he might forget it otherwise, disappointed managerial staff reported.

“He just shushed me mid-sentence and walked out of the room,” said Rich Burntley, the hiring manager at the Co-Pak Foods factory. “I have to say, this highly unprofessional behavior severely hinders Mr. Verney’s chance at being hired here. But even worse, I could hear him in the hallway loudly going, ‘Neer neeeeer, ner ner diddly-diddly neeeeer.’ I’m guessing he’s in some pop-punk/Midwest emo band… but wow, that riff sounds like trash. Is he tone deaf?”

The other members of Verney’s band Kindergarten Calculus coborrated his obnoxious behavior and dedication to cataloging every awful idea that pops into his mind.

“It’s like he’s terrified of the possibility of forgetting even one of his shitty, dissonant riffs,” said bandmate Stephanie Evans. “I often wake up to voice texts he sent at 3:30 a.m., where he’ll start deedle-dee-ing but break into coughing fits right in the middle of it. I can hear the phlegm crackling in his throat.”

“And the riff sucks. It always sucks. We’ve literally never used one of his riffs,” Evans added. “I never even text back.”

Verneys’ parents confirmed that the upsetting behavior started in childhood.

“Micah would use an old Polaroid camera to take pictures of his drawings… which of course was entirely pointless, but you try arguing with a six year old,” explained Debbie Verney, Micah’s mother. “He couldn’t draw a decent face if my life depended on it. As soon as he moved out, we threw them all away and just blamed it on the housekeeper.”

For his part, Micah plans to soldier on despite his detractors.

“Rome wasn’t built in a day, and, yeah, my guitar ouvre is coming along slowly, but… wait, hold on,” he said. “Hmm. Diddly-diddly wow! Deedly-dip wow wow. Did you get that? Can you send me an mp3 of that? Just name it, ‘Kinda Smashing Pumpkins riff.’”