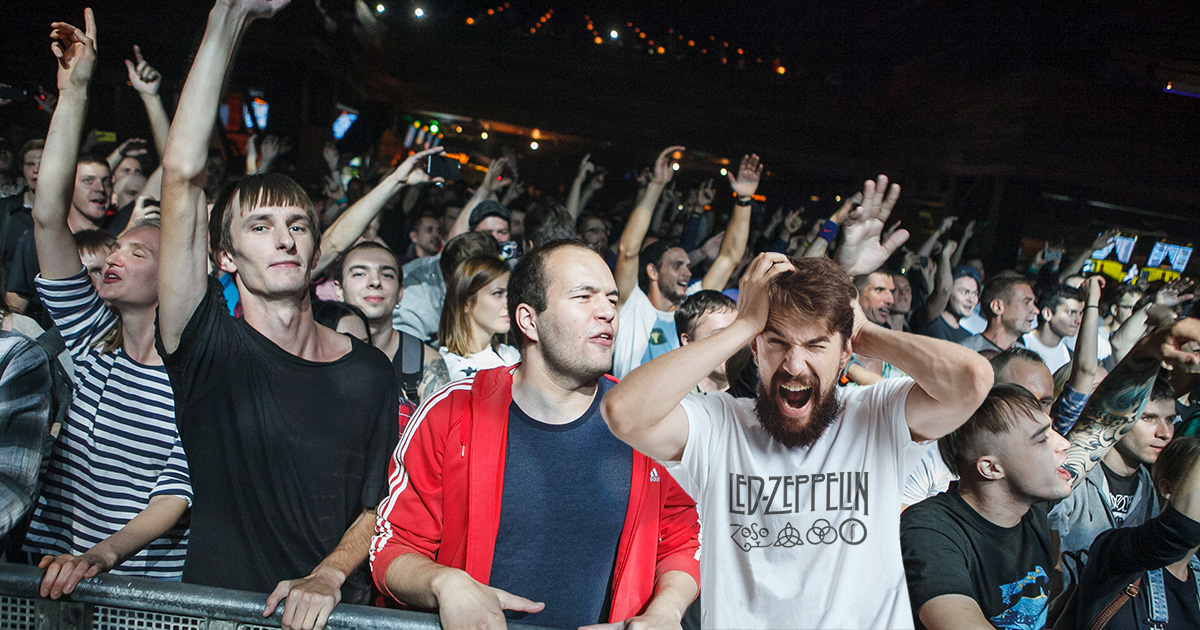 “I don’t think most people will ever understand it. Only a select few of us on the front lines of a Memorial Day sale truly know what I’m going through,” said Liston, recovering at a nearby hospital. “I knew walking into the lion’s den of a Deep Purple concert would bring me face to face with the song that haunts me to my very core. But I had to try — for the sake of my life, and the young children learning to shred.”

First responders were horrified by what a simple song with a totally killer riff could do to a seemingly normal man.

“It was about 10:45 p.m. when we got the call. I had no idea it was going to be one of those calls that’d change me for the rest of my career,” said Dave Hartnett, a local paramedic. “He was curled into a ball, shrieking like a wounded animal over by the VIP seats when we found him. When we finally calmed him down a bit, he kept doing that weird, clicky thing with his mouth… you know, the ‘World War Z’ zombie thing. And his eyes were glazed over. I figured it was our typical bath salts case — turns out, you treat them the exact same way.”

Liston’s longtime friend Tony Rexius accompanied the Guitar Center manager to the concert for emotional support… but severely underestimated the depth of his friends’ trauma.

“The irony is, I was D-mans spotter — but I was the one high as shit on mushrooms,” said Rexius. “Dean told me we were there on therapists’ orders to finally face his fear, but, man… he got fucking weird. When he tweaked, I ended up just bailing: I had a hot piece of tail waiting for me at my parents’ place.”

As a precautionary measure, hospital staff was asked to remove “Iron Man” from the facility’s playlist.