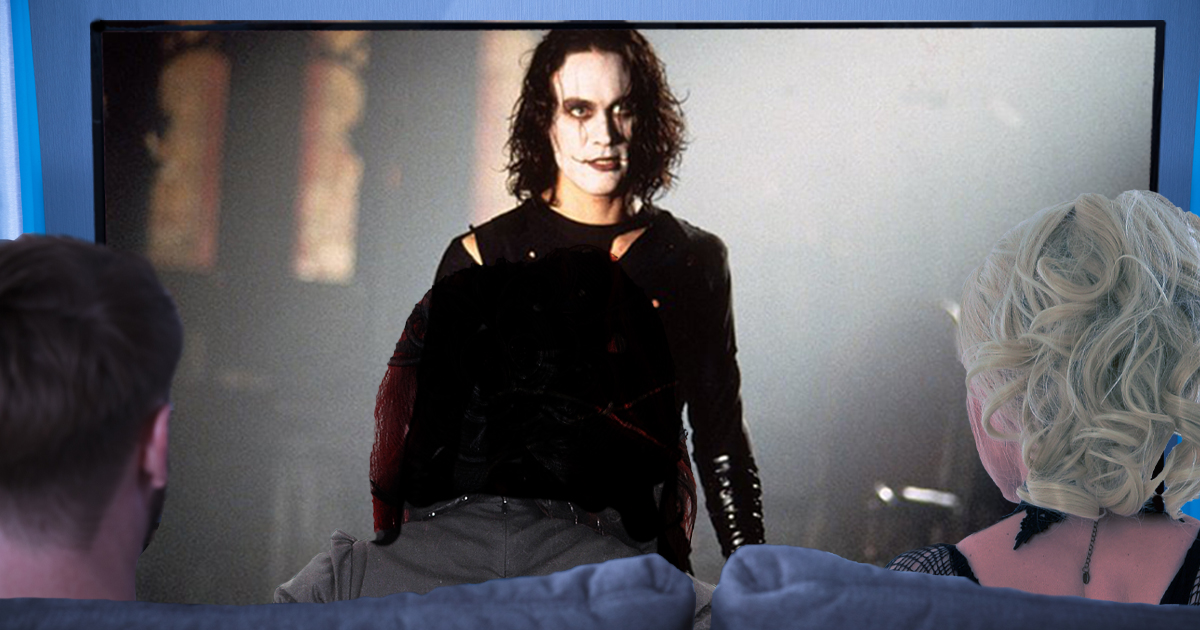 PITTSBURGH — A local film club consisting entirely of goths announced today that their next event will feature a screening of the 1994 film “The Crow” for the 15th consecutive week, delighted sources confirmed.

“After showing a few films last year that we should’ve researched better, like ‘Men in Black’ and ‘Black Christmas,’ we went back to what worked for us,” said Melody “Malady” Thompson, president of the Black Bars Film Club. “Please join us next Friday, as we screen the seminal goth classic ‘The Crow,’ and host yet another dance party afterwards featuring music from the feature film, ‘The Crow.’”

The Black Bars Film Club formed in the ashes of the Little Black Books book club, which met every month in the woods to discuss a different edition of James O’Barr’s beloved series of “The Crow” graphic novels. Ultimately, the book club disbanded upon discovering there were few viable options for their analysis.

“Yeah… we started with ‘The Crow’ for the first few months,” said former book club attendee Jeff Diaz. “And then we decided to mix it up and show ‘The Breakfast Club,’ since we all like Ally Sheedy’s character. But we must not have seen it in a while, because when you go back, she’s not really in it very much… and at the end, she totally sells out to get with a jock. We couldn’t fire ‘The Crow’ up fast enough after that.”

“We also tried to show the sequel one time, but it turns out there’s a huge difference between ‘City of Angels’ and ‘The Crow: City of Angels,’” he added.

1994’s “The Crow” is perhaps best known as the final role of actor Brandon Lee, who was tragically killed while filming a scene in which a live round was mistakenly discharged during an action sequence.

“I mean, it was already the perfect goth movie, due to its themes of like, death and stuff,” said Thompson. “But the fact that the star literally died making it… which a ton of people are still super sad about? Five star cinema right there. Did you ever see any of the sequels? Crocks of phony shit. Everyone lived through making them. This isn’t Disney club. We meet every third Wednesday.”