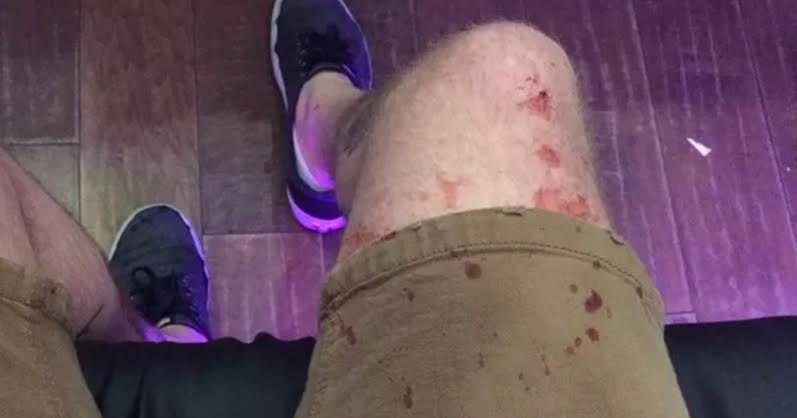 RENO, Nev. – Following his statements regarding  fighting at shows, The Ghost Inside frontman Jonathan Vigil — considered by many as a good dude — was smacked hard.

The statement in question read “Even if I get jumped for saying so, fighting at shows sucks. Nothing good comes from fighting at shows,” the frontman said between bloody spits. “Especially if you lose. Look at my favorite pair of cargo shorts! They’re covered in blood! What am I gonna’ do just buy a new pair at Old Navy?”

The statement seemed to aggravate fans of fighting at shows, who offered a rebuttal to Vigil’s cry for peace with a series of primitive grunts used to communicate aggression and danger, followed by a barrage of closed-fist punches to the body and face.

Fans of The Ghost Inside watched the incident unfold while waiting to enter the venue. “It was pretty senseless,” one eye witness said. “But violence at shows isn’t surprising. The fact those guys could read his tweets is what really caught me off guard.”