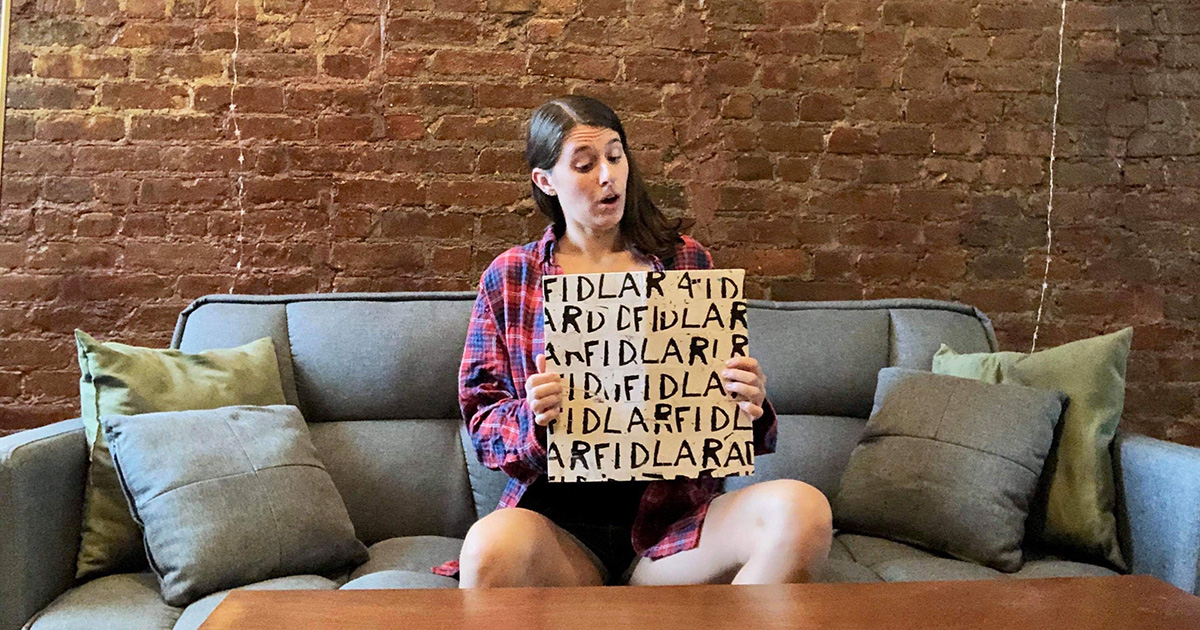 ST. AUGUSTINE, Fla. — Local punk and professionally-trained thespian Eva Rosenthal finally got to put her MFA in acting to good use yesterday when her boyfriend played for her a Fidlar song she’s already heard eight times, satisfied sources report.

“At the conservatory, they taught us that every moment is a chance to shine,” explained Rosenthal. “So instead of pointing out that I’d shown him ‘Cocaine’ a year ago because Nick Offerman’s dick is in the music video, I chose to turn a shitty boyfriend moment into ‘my’ moment. Stella Adler would be proud.”

Rosenthal allegedly considered setting up a camera to tape her performance for future acting submissions, but didn’t have time as her boyfriend immediately played the song and waved around a Fidlar shirt Rosenthal bought for herself four months prior.

“When [boyfriend] Pat [Guiterrez] yelled over the song to tell the same joke he always does — that the song will ‘blow my mind, because it’s about blow’ — I knew I couldn’t laugh genuinely unless I used Stainslavski’s emotional recall technique to remember a time in the past I heard something that was actually funny,” Rosenthal said. “I reached deep into my past and thought about the vine where the girl keeps saying, ‘I smell like beef!’ Gets me every time.”

As the song played, the stakes heightened when her unwitting scene partner directly engaged Rosenthal by saying, “Listen! Listen! This part fucking rules.” Fortunately, Rosenthal drew on the Meisner method of repetition, a technique where actors repeat the same phrase over and over to focus on listening to the emphasis.

At press time, Rosenthal was recovering from two sprained wrists after attempting Chekov’s psycho-physical technique of connecting to a moment with physical action and air-guitaring too enthusiastically.