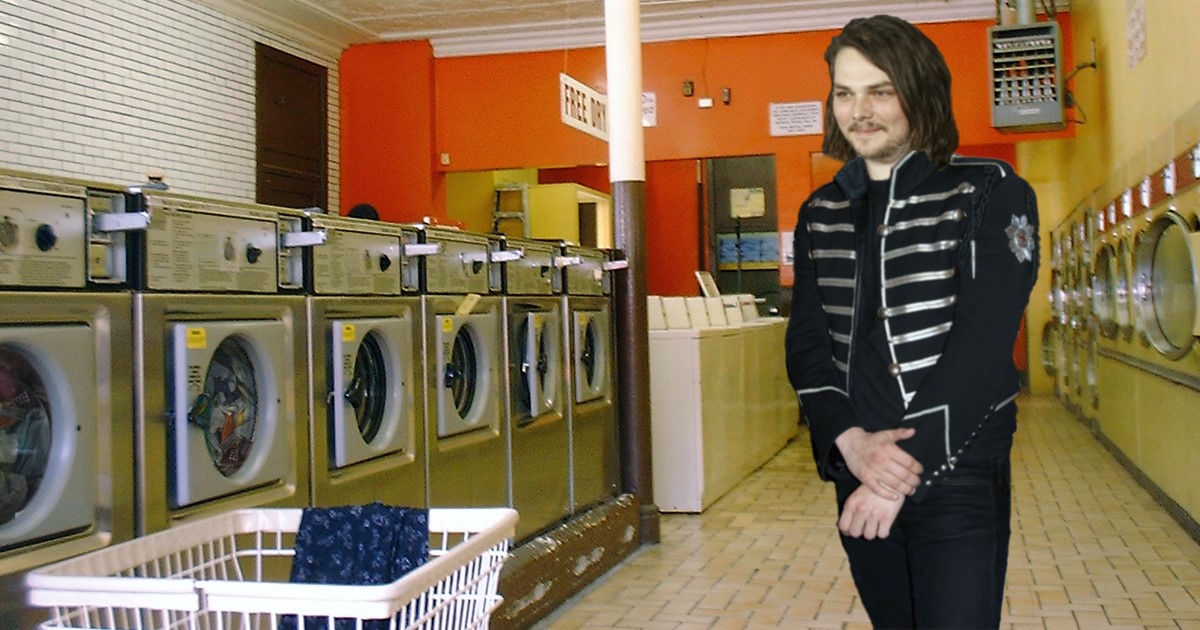 “At first I thought, maybe he got lost on his way to a parade, until I saw him separating his black shirts from the… slightly less blacks, I guess,” said Gina DiTiro, manager of Sudsy’s. “I noticed a lot of his collared shirts were discolored around the neck area — that typically happens when someone wears too much makeup to try to look like a translucent ghost. We offer services to clean that, but he seemed fine with the normal wash/dry cycle.”

Patron Cindy Lewis was about to wash her own laundry when she noticed Way monopolizing four machines at once with his massive collection of anachronistic clothing.

“He kept putting these weird costumes into the washers; it was like a goddamned clown car. Frilly-lace cravats, capes, some post-apocalyptic Japanese superhero costume… I thought collapsible top hats were dry-clean only,” said Lewis. “He threw about half-dozen leather jackets in at one point. I was going to try to stop him, but he’s a full grown adult. He needs to learn these things.”

As Way prepped his menagerie of costumes and accessories, he went to the front desk to purchase soap, clearly making employees and fellow patrons uncomfortable.

“He asked me if we had any club soda,” said Jim Barrow, a longtime clerk at the laundromat. “I told him that this is a laundromat, not a nightclub. But then he asked me what soap to use if he wanted to get Edwardian absinthe out of velour. ”

At press time, Way was looking intently into a dryer window as a white cotton dress and a Prussian soldier’s uniform spun erotically together in some sort of metaphor that will surely inspire his next morose-yet-energetic album.