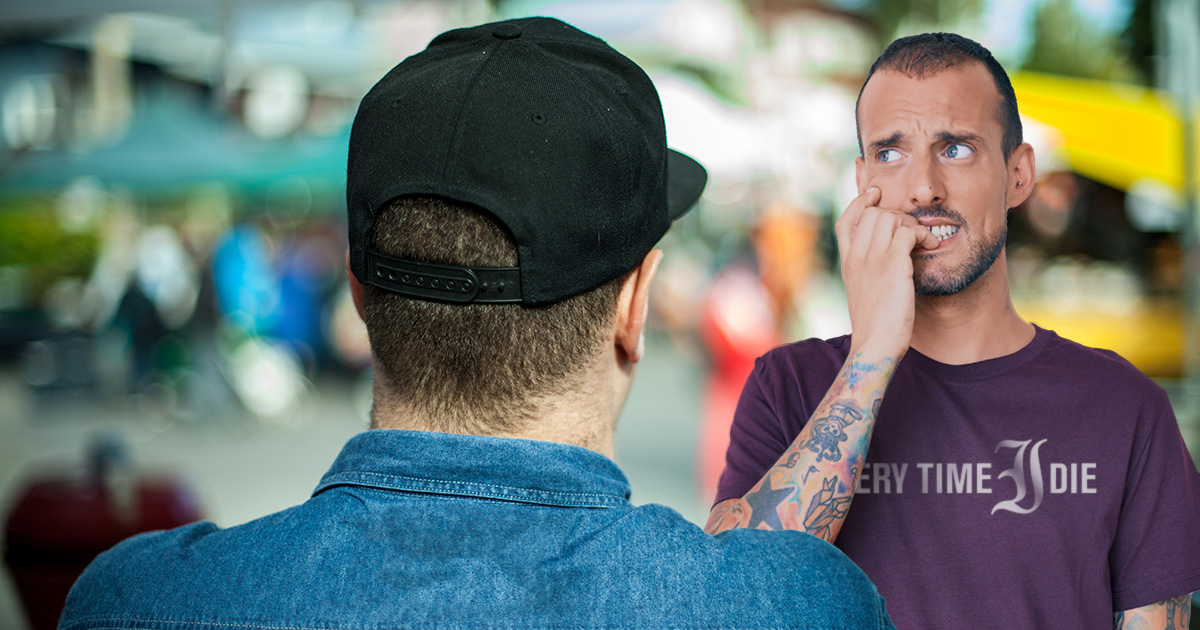 “I was so crushed when Dillinger called it quits. I saw them four times in 2010 alone,” Diedrich said. “But when I found out that [Puciato’s electronic supergroup] Black Queen was playing Neumos, I realized this was my chance to meet my hero and tell him about how much he’s meant to me. I knew I couldn’t just come across as some meathead without anything profound to say, but I also needed to play it cool, and I’m pretty sure saying basically nothing helped me accomplish that.”

Bystanders witnessed the exchange between the two and described it as “awkward,” and “confusingly fast.”

“I think Puciato was talking to his manager or something when that guy Logan sort of shuffled up behind him,” recalled Diedrich’s friend and bartender on a smoke break, Carrie Lin. “He said ‘amazing show’ then went on for like 30 seconds about seeing him at Wakestock in 2008 and then just sort of did this bizarre little wave move or something before walking away faster than I’ve ever seen a person walk in my life.”

Fan-artist relations expert Lorraine McAvoy remarked upon the commonality of such occurrences.

“While fandom bordering on dangerous obsession is quite rare, too often, fans can delude themselves into believing an encounter with their favorite artist will be a far more transcendent experience than it actually is,” McAvoy said, “Sadly, the likeliest outcome is a conversation slightly less forced than your average speed-dating encounter. And in the case of someone like Puciato, there’s only so many times you can hear about you ‘changing’ someone’s life before it all kind of just coalesces into one large bland pleasantry.”

At press time, Diedrich was uploading a photo of himself and Puciato to Instagram, captioned “Just met Greg Puciato and I am no longer the same.”