Frontman Vows Bandmate Will Betray Him During Last Dinner on Tour 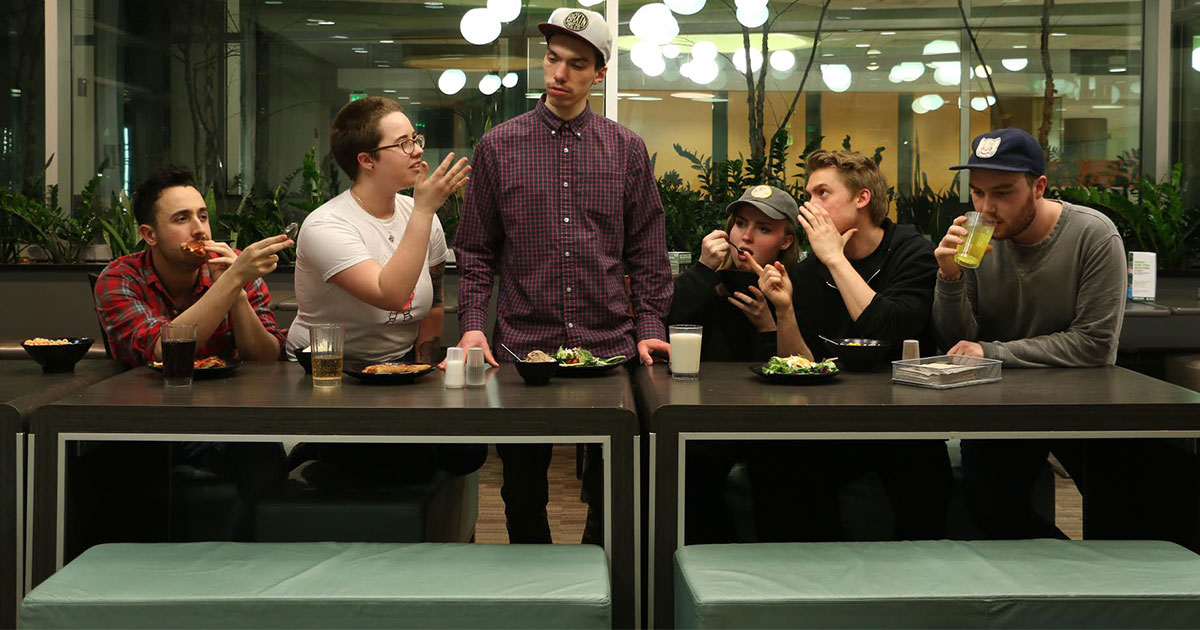 LANSING, Mich. — The frontman of Christian metalcore band Kiss Me Judas predicted last night that one of his bandmates would soon betray him, confirmed witnesses of the band’s last dinner together before the end of their tour.

“I can feel it. I have these matching scars on my hands from a rollerblading accident when I was 13 that burn whenever I’m in imminent danger. Also, our drummer, Ted Judson, tried to kiss me the other day. That’s not like him — there’s some monkey business afoot,” said frontman Jimmy Chris, seated with his band inside a Carl’s Jr. “I have to watch my back. A lot of people are mad at me, ever since I flipped our merch table last week so the venue didn’t get a cut of the sales.”

Judson privately insisted his attempt for “an innocent kiss between good friends” was misinterpreted as a sign of impending betrayal.

“The guy has got a total God-complex,” said Judson. “His pedal-board is huge. He’s got, like, six Holy Grail Reverbs patched together all just for vocals. And he always talks about himself in the third person, like a total dick.”

“There used to be 12 of us, but Chris is pretty hard to work with. This band was resurrected from hiatus more than once. We’ve been Chris and the Apostles, Jesus Chris, The Paunchiest Pilot,” said Hall. “I probably should’ve quit by now. But, honestly, this band has a pretty devout cult following, and it keeps getting bigger.”

As the tour comes to a close, rumors in the tight-knit Christian metalcore community predict Judson may leave Kiss Me Judas for a more lucrative offering.

“I heard We Came as Romans offered Judson a lump sum of $30 to play with them,” said the band’s spiritual advisor Thad Carter. “I don’t blame him if he goes. He basically loses money playing in Kiss Me Judas.”

Chris admitted privately he was uncertain about his future work with Judson.

“If he were to quit the band I would probably forgive him, for he does not know how much of a complete dumbass he is,” said Chris. “But, for now, he’s on my shit list.”