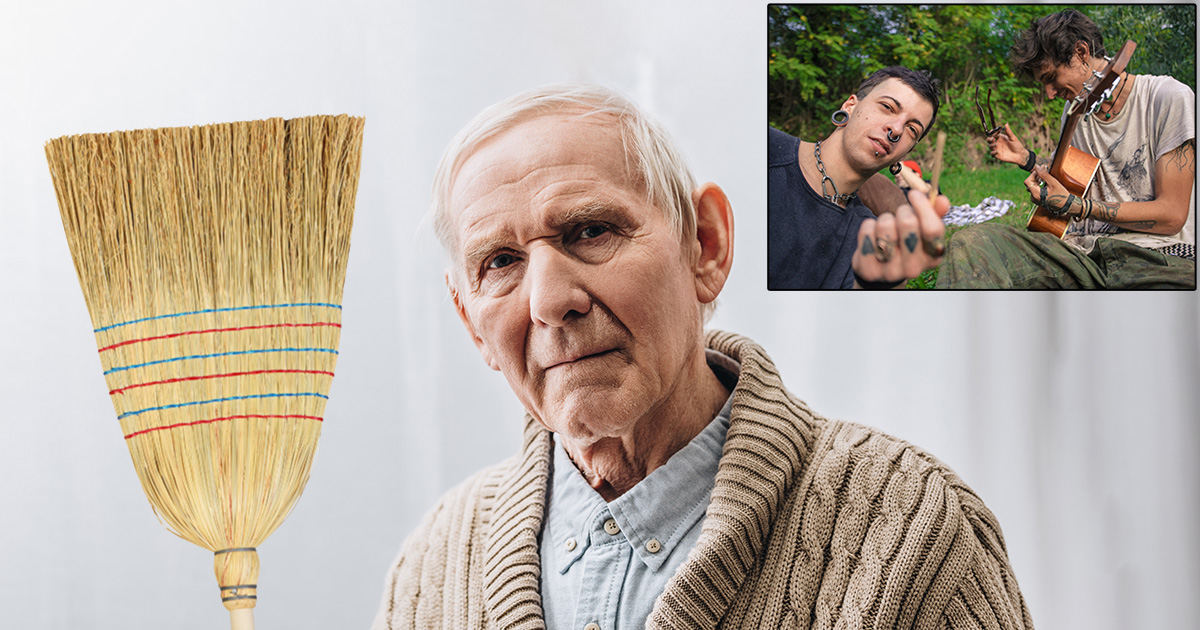 ROME, N.Y. — Local folk-punk band and inconsiderate neighbors Brewdog asked the old man who lives downstairs and banging on the ceiling with a broom to join their group, sleepless sources confirmed.

“We were working on this new song for a couple of hours one night, but it just wasn’t gelling. Suddenly, there was this loud, thudding bass drum sound coming from the floor. It was so raw, man — we didn’t question it, we just started jamming,” said Brewdog violinist Callan Markham. “We didn’t realize until after receiving a pissed-off phone call from old man Jonathan downstairs that he was the cacophonous, arrhythmic, musical genius.”

“We’ve completely upended practice to revolve around his schedule: basically, we only play when he’s trying to sleep, or right after his football team loses and he’s real ornery. We’re also going to record some demos at 3 a.m. next Tuesday, but please don’t tell him that,” said Cruz. “The tough part, of course, is trying to get him to the venue so he can play live with us. Most ideas we’ve come up with are basically considered class three felony kidnapping.”

“I was tuning my washtub bass when I noticed a trail of ‘The Big Bang Theory’ DVDs and Banquet frozen dinners leading from the venue door to the stage. Then, right as Brewdog was going up, this old man with a broom angrily marches in. His incoherent ranting and furious stomping really made the band’s set,” said Whitehead. “Those guys are lucky: all I’ve got is a teething 14-month-old below me. Maybe If I played metalcore or something it could work, but a screaming child doesn’t compliment my sound.”

Brewdog is reportedly considering adding a new unwitting member to the band, a woman known only as “screeching neighborhood lady that walks her cat on a leash.”