Frontman Too Scared to Climb Down From Rafters 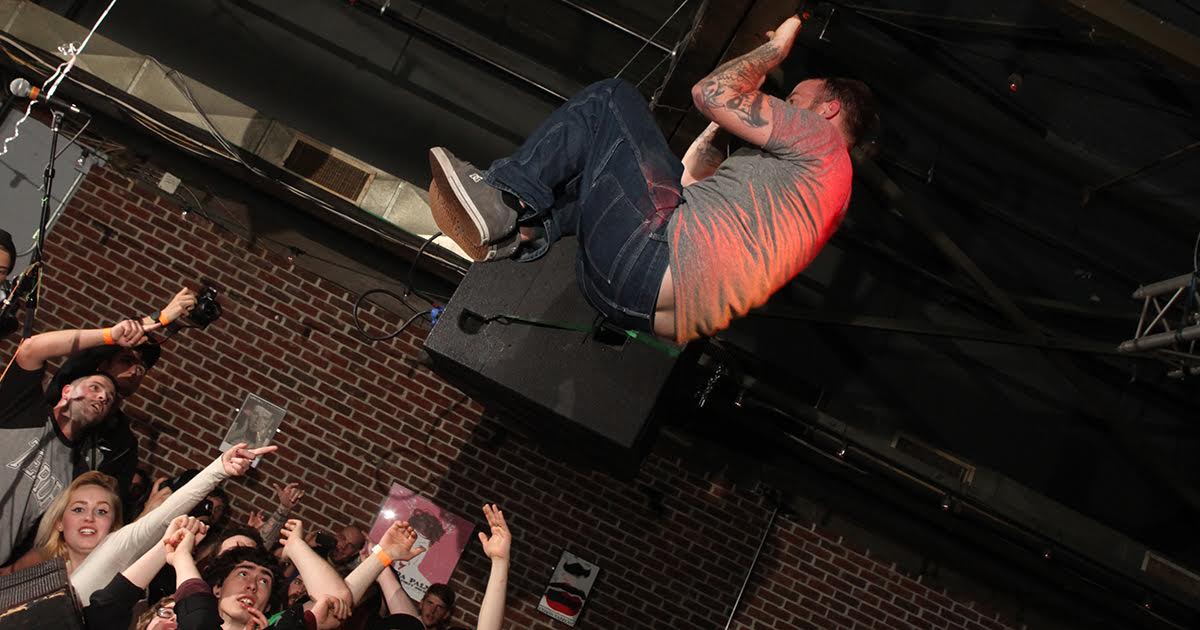 ATLANTA — City authorities shut down a show at the Arm Pit Music Hall late last night when Snot Rockets frontman Aiden Conner, a.k.a. Billy Snot, froze in fear amid the steel rafters of the venue he climbed up, prompting a 911 call for a firefighter rescue team.

“At approximately 22:00, we responded to a 10-91 [Non-Emergency Animal in Need],” said Chief Deputy Andrew Shenkman at a press conference. “We found the subject terrified, frantic, and uncooperative.”

The Snot Rockets were reportedly mere seconds into “Cheap Sanity,” their second song of the night, when Conner shouted, “I’m gonna do it!” and ascended a diagonal support beam.

“He does this every goddamn show,” said bassist Randall Beckwith, a.k.a. Thomas Snot, “and every goddamn show he gets stuck up there.” Beckwith claimed Conner has also twice strangled himself with a microphone cord, broken an ankle trying to “walk” on the crowd, and suffered third degree burns after lighting his pants on fire.

Conner, after singing “Cheap Sanity” from the rafters, reportedly attempted to return to the stage, but quickly grew scared of slipping and clutched the girder, refusing to let go. “The audience shouted, ‘Jump! Jump! We’ll catch you!’ and Aiden said, ‘Fuck you, no you won’t!’” said drummer Tina Farnum, a.k.a. Danny Snot. “We tried to keep playing with him up there — he’s still got that microphone, so you’d think he could do it — but it really sucked the energy out of the show.”

“He’s terrified of heights, and he knows this,” said Conner’s boyfriend, who asked to remain anonymous. “That’s why I stopped going to their shows. All his antics are embarrassing. It’s just Instagram.”

Witnesses report an unidentified audience member called 911 once Conner declared, “S’all good… I think I’ll just hang up here for a bit,” after which the Snot Rockets meekly left the stage. First responders arrived about 30 minutes later, halfway through the set of the next band, Slugfight. “We instigated verbal cues to coax the subject down,” Chief Deputy Shenkman said, “but in the end we had to get the 10-footer and send a man up.”

Conner, safe but visibly shaken, maintained a positive outlook when reached for comment. “Next week, we play the Clover Door in Nashville,” he said enthusiastically. “Their stacks go up, like, 20 feet high! It’s gonna be crazy!”